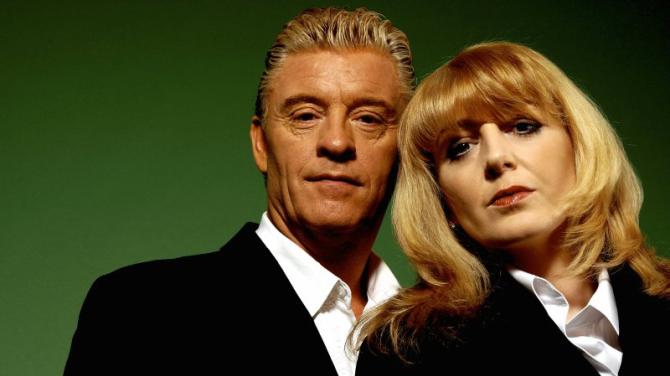 IN the last edition of the Antrim Guardian, we ran a feature on local man Billy McClurkin.

Mr McClurkin’s colourful life was explored - yet, few would have expected his encounter with the restless dead...

In his youth, a 21-year-old Billy McClurkin, his girlfriend Jean, her siblings and their partners set off for a trip down to the Castle Grounds after dark.

The entourage’s mission was simple and the same reason that many young people made this voyage.

In short it was time to ‘court’!

“It was pitch black,” Billy recalled.

“We were walking past part of the castle which was still standing after the fire.”

At this point, date night took a slightly sinister twist.

“We heard this ‘ooooo’ noise and we all ran... we crept back and all of a sudden we saw this white apparition and then we were really terrified.”

News spread of the group’s brush with the paranormal.

Indeed, Antrim town’s very own spectral sighting became something of an attraction.

Could this be the fabled Antrim ‘White Lady’, the spirit of Ethel Gilligan who perished in the Antrim Castle fire of 1922?

Or another ghost all together? Many maintained that the spirit of Lord Massereene, who died in Clotworthy House in 1956, roamed the gardens as he did in life...

Speculation and imaginations ran rife until council staff made the terrifying discovery that the ghost was actually a pair of nesting white owls.

This Scooby Doo-esque discovery kicked up quite the stink amongst locals, Billy revealed.

“Everyone was raging as the ghosts had become something of an industry for the town!”

Yet, stories of ghostly wanderings around the Antrim Castle Gardens did not cease there.

From glimpses of something other-wordly, to unusual noises emanating from the night, accounts of potentially paranormal activity have been noted up to the present day.

Perhaps amidst the most compelling of these accounts derived from a schoolgirl who seemingly captured the White Lady on camera in the 1990s.

The picture, which baffled experts, appears to chillingly show a spectral figure floating over the ruins of the Italian tower - in broad daylight.

The neighbouring castle over in Randalstown has fared no better.

It has also been said that the O’Neill clan of Shane’s Castle have had to contend with the dark mythology of the banshee.

Legend has it that the imminent death of a member of the family will be foretold by a visitation from Kathleen, the daughter of a medieval O’Neill Lord.

After interfering with a fairy thorn tree growing by the Lough shore, the Lord paid the ultimate price to the irate little people - his daughter.

Stories of the banshee have been numerous, with sightings dating as far back as May 15, 1816, where it was alleged to have been spotted hovering above the flames of Shane’s Castle as it burned.

Hauntings throughout Antrim town have also been attributed to the local witch hunts which saw several unfortunate women murdered by suspicious locals.

With all this in mind, it would be fair to say there was something strange in the neighbourhood.

So it was only natural who we could call - the leading TV Ghostbuster of recent years, Yvette Fielding!

In an exclusive Antrim Guardian interview the former Blue Peter presenter and host of ‘Most Haunted’ revealed that the creepy tales of Antrim’s past were right up her street.

Faced with the town’s history of ghosts, witches and white ladies, she believed that it would make for a great hotspot for one of the show’s infamous paranormal probes.

“Really? That’s fantastic!” she said on hearing just some of the stories surrounding Antrim’s favourite haunts.

“We haven’t been to Northern Ireland yet.

“We’re in talks about a new series and we’re desperately looking for a site.

“Antrim sounds great, though. These are just the sort of stories we want to investigate.”

Sadly, Most Haunted have yet make it over to Antrim town. It’s never too late, though!

The show continued its residency on Living TV between 2002 until 2010, but has since been revived by ‘Really’ and a YouTube channel.

Although Yvette never made it, her co-host the late Derek Acorah certainly did when he played a memorable show to a packed out crowd in the Courtyard Theatre in 2015.

But not before a ‘spirited’ public row with the DUP about his gifts - but that’s another story!