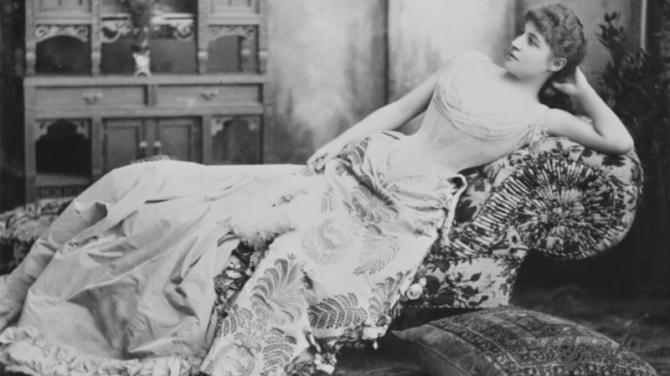 ON April 22 1967 The Who, one of the premier British rock bands of the day, released a brand new single.

The new track, ‘Pictures of Lily’ stormed all the way to number four on the UK pop charts that very same summer.

But just who was the enigmatic pin-up portrayed in the lyrics of the song, with whom the adolescent narrator grows so besotted that he enquires of his father ‘where Lily I could find’?

“She’s been dead since 1929,” the song’s teenage protagonist learns to great distress - yet, for a time in the late 19th century, ‘Parkgate’ would not have been an implausible answer as to Lily’s whereabouts.

Long rumoured by fans to be the muse behind the 1960s hit, Who songwriter Pete Townshend confirmed in his 2012 autobiography that the titular ‘Lily’ was in fact based on Emilie Charlotte le Breton - who later found fame as socialite and actress Lillie Langtry.

Nicknamed the ‘Jersey Lily’ on account of her Channel Islands extraction and strikingly white skin, the vampish high society beauty married wealthy Irish landowner Edward Langtry in 1874 when she was 20-years-old, having met him at a ball on Jersey some five months prior.

At the time, Edward enjoyed a comfortable gentleman’s lifestyle funded by a mercantile and shipping business founded by his grandfather, George Langtry.

His family owned a number of Irish estates which he eventually inherited - including a stately home outside Belfast and another centred around the two-storey, three-bay Drumadarragh House not far from Ballyclare.

The newlywed Langtry couple were a notorious fixture within the gossip columns of Victorian era newspapers - not least of all owing to their exorbitant spending and Lillie’s numerous widely publicised extramarital liaisons, particularly following their 1876 move to London.

1877 saw the Prince of Wales, and future King of England, Edward VII requesting to sit beside Lillie at a dinner party hosted by renowned mariner and explorer Sir Allen Young.

Infatuated with the famously charming Mrs Langtry, and in spite of his marriage to Princess Alexandra of Denmark with whom he had six children, the future King pursued a relationship with her that lasted between 1877 and 1880. On at least one occasion, the Prince of Wales invited his young mistress to meet his mother, Queen Victoria.

The spring of 1879 found Lillie embroiled in a brief affair with Prince Louis of Battenberg, whom she tried to convince was the father of her child when she fell illegitimately pregnant in June 1880. When the prince broke the news to his parents, they responded by having him assigned to serve on the warship HMS Inconstant, launching a naval career that would culminate with his appointment as First Sea Lord in 1912.

All the while, the free-spending Langtrys slipped ever further into debt. Spending freely and living on credit, Edward returned to his inherited 340-acre Parkgate estate from which much of his income was generated with the intent of negotiating with his tenants there.

It was this very same estate where Lillie stabled many of her favourite thoroughbred racehorses, including her champion runner St Saviour, named after birthplace on Jersey. Hence the origin of the ‘St Saviour’s Gate’ housing development in Parkgate today. The provenance behind Ballyclare’s Langtry Lodge, meanwhile, is comparatively self-explanatory.

Although the value of the land at Langtry’s Parkgate estate had risen over time, the rents had not grown in tandem and as such, tenant demands for repairs to the property meant that upkeep of the estate was not only no longer profitable, but outright financially unsustainable.

Edward’s negotiations with the Parkgate tenants soured and by the time he returned to London the Langtry’s financial situation was dire.

Motivated by her husband’s apparent inability to rectify their monetary problems - having hitherto handled all such matters himself - Lillie grew determined to take personal control of her own circumstances.

Already having sold most of her possessions to prevent Edward having to file for bankruptcy, she heeded the advice of her close friend Oscar Wilde and embarked in 1881 upon a theatre career which would prove extremely lucrative.

The beginning of Lillie’s celebrated stint as an actress - which eventually led to involvement in vaudeville, theatre management, thoroughbred horse racing and even early film - coincided with the acrimonious breakdown of her seven year-long marriage to Edward.

Although their relationship was emphatically at an end, Edward resisted vehemently to Lillie’s attempts to ‘untie the knot that her father tied at the altar’ and insisted that if she ever would be to remarry, she would be guilty of bigamy.

As Lillie’s celebrity inexorably grew on both sides of the Atlantic, Edward fell ever further into despondent obscurity after their split.

During a trip across the Irish Sea onboard a passenger liner in 1897, he allegedly fell and sustained serious head injuries, and, upon disembarkation, he went temporarily missing before being found asleep and apparently inebriated on a pile of straw near a railway station. He was committed to Chester Asylum where he subsequently died on October 15, 1897.

A letter of condolence later written by Lillie to a widow friend, penned some time after Edward’s death, reads: “I too have lost a husband, but alas! it was no great loss.”

When, in 1928, the Northern Ireland Land Act was brought into effect - with the intent to transfer land from owners to tenants, the owners being compensated with the purchase price - Lillie acted as Edward’s representative and made claims towards a number of lands connected to her ex-husband’s estate.

As such, it is likely that the then-Lady Lillie de Bathe (Lillie having married Sir Hugo de Bathe two years after Edward’s death) utilised bond money derived from the Parkgate estate to, in part, fund her final opulent years in Monte Carlo, Monaco.

True to The Who’s 54-year-old lyrics, Lillie has indeed been ‘dead since 1929’- passing peacefully on the dawn of February 12 that year following a brief battle with pneumonia.

Nonetheless, 92-years after her death, those old beloved pictures of Lillie show no sign of fading, nor do the memories of the exotic starlet’s surprising local connections.