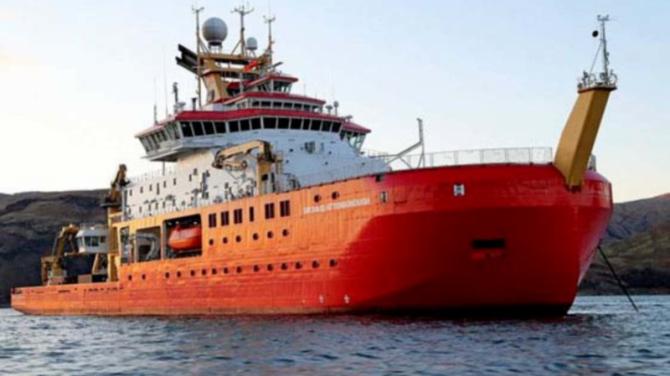 AN Antrim firm are preparing to set sail on a mission on what has become one of the world’s most famous vessels.

Their expertise appeared on the radar of British Antartic Survey - and the trail blazers from Antrim were only too happy to come aboard.

“Nothing beats a sail on the ocean waters and that is exactly what our FASTANK 2000 will be doing soon,” said a spokesman.

“We have recently supplied a FASTANK to British Antarctic Survey and this will be joining the crew on board the recently commissioned RRS Sir David Attenborough due to set sail to Antarctica in autumn 2021.

“British Antarctic Survey have been using our tanks as part of their operations in the Antarctica for many years.”

They are used for water storage and environmental protection.

The FASTANK benefits are it can be carried by hand to remote locations.

They are suitable for all extreme climates and packages to a small size - which is ideal when on board a ship where all space must be utilised to its maximum.

The £200 million RRS Sir David Attenborough has recently completed its sea trails along the North coast of Rathlin Island as it prepares to sail for a first mission to Antarctica.

“We wish all who sail in her ‘Bon Voyage’ and look forward to hearing about its - and the FASTANK’s - adventures!”

Memorably, back in 2016 a public poll was conducted to name the vessel, but the judges decided not to go with the winning suggestion - ‘Boaty McBoatface’!