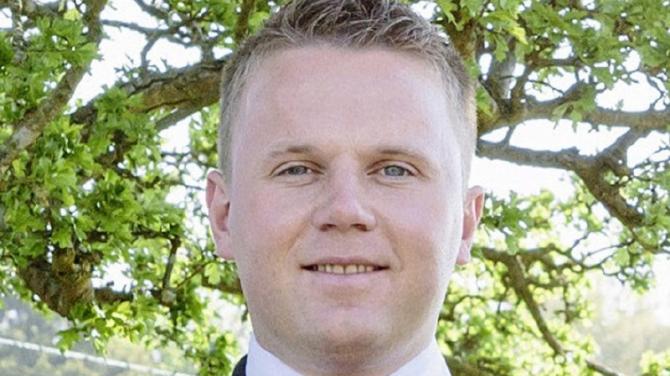 FORMER Mayor Thomas Hogg has been given a suspended sentence after being convicted of a sexual offence involving a child.

Hogg (32) was sentenced on Friday at Belfast Magistrates’ Court for an offence against a 15-year-old boy.

Hogg resigned from the DUP following his arrest and the court was told his political career is now behind him.

Earlier in March he was found guilty of attempting to engage a child in sexual behaviour.

Hogg had claimed he was tipsy but the judge said alcohol was no excuse for what had happened.

The judge said Hogg's proposal came as a shock to the boy, who vehemently rejected it and reported the matter to the police.

The court heard the incident had a serious effect on the victim.

However, the judge said the teenager should understand that he is an innocent young man, who can hold his head up with pride and should not be ashamed.

The court heard Hogg has left his home at from Brae Hill Park in Belfast and is now living and working in London.

The judge said he was not sending Hogg directly to jail but instead he handed down a three-month sentence, suspended for two years.

He also ordered Hogg to pay £1,000 compensation to the victim and ruled he must notify police of his whereabouts for seven years.

The Queen may now be asked to strip Hogg MBE she bestowed on him for his services to local government in 2016.