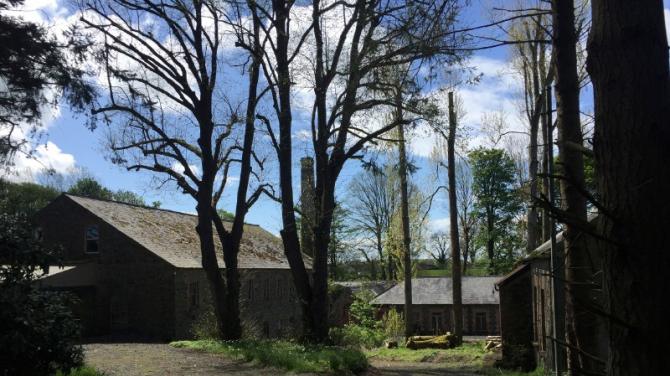 A LOCAL developer is planning to revamp a historic mill complex in Dunadry.

As a major development, community consultation is already underway and the company hosted a series of online information sessions for the public last week.

A spokesperson for the company said on their Facebook page: “We would like to make you aware of the proposed development outlined above at Islandreagh House Estate, 30 Islandreagh Drive, Dunadry, BT41 2HB.

“This notice relates to the pre-application community consultation phase, and a planning application has not yet been submitted at this time.

“Please note this is the second round of consultation in respect of this proposed development, as a first round of community consultation was undertaken in September 2017.

“If this proposal is of interest to you, and you would like to see further details and provide feedback, please see the options outlined below for members of the public to get involved.”

Overall, the plans include 23 dwellings - located at the former manager’s office, the old manor house, courtyard outbuildings and the gate lodge as well as two new developments.

There will also be six apartments spread across the mill building and turbine house.

The mill chimney will also be retained.

Feedback so far has been positive, with one respondent saying: “So nice that vast majority of buildings are being retained.”, while another added: “Looks like an exciting development.

“Great to see the history of the site being considered and in most part retained.”

John Stevenson Ferguson first leased the land from the Marquis of Donegal and developed the beetling mill in 1824, powered by the river.

The complex was ravaged by fire in 1883.

The following year, Samuel McClure acquired the premises and restarted the mill in 1885.

However distaster struck in the form of another blaze, leaving just eight engines working.

In 1899 he doubled the size of the previous mill building, adding 20 new engines to the original 14.

In 1900 a new office was built and in the 1925, there was another fire, which ‘burned the premises to the ground’.

During the Second World War, the factory was occupied by James Mackie & Co for the production of munitions.

After the war, the beetling shed and dye house block were used as stores by the Ministry of Food.

Samuel McClure took over the premises again in 1953 and continued to beetle cloth until the early 1980s.

The mill was still used to generate electricity for Islandreagh House.

The mill was also opened for public tours annually as part of the European Heritage Open Days project each September.