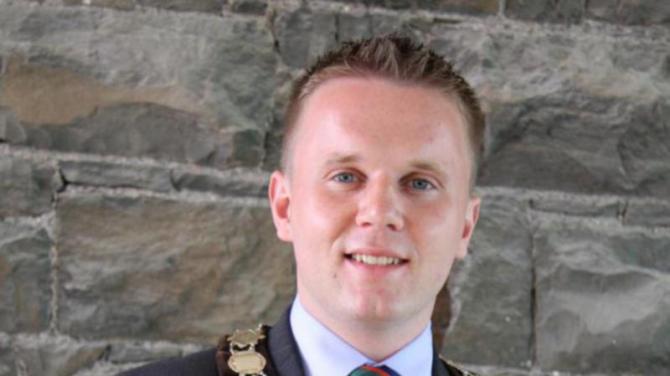 Each year the Chain of Office changes hands, a picture is commissioned to go on public display.

It then joins the portraits of other First Citizens, dating all the way back to Jack Allen.

But this week one of the Mayors was conspicuously absent.

In a statement, a spokesman confirmed that civic leaders had taken the decision to withdraw the local rep from the roll of honour.

“Following a recent court decision, the portraits of Thomas Hogg have been removed from the Council’s Civic Buildings,” he said.

The 32-year-old, who was honoured by the Queen for his services to Local Government in 2016 just five years after first taking office, was given a suspended prison sentence after he was convicted of a sexual offence involving a 15-year-old boy.

In September 2019 Hogg offered to incite a child to engage in sexual activity.

He resigned from the DUP following his arrest and the court was told his political career is now behind him.

In 2018 he was banned from driving for 12 months after being convicted of drink-driving.

At that time he was suspended by the party and then re-instated.