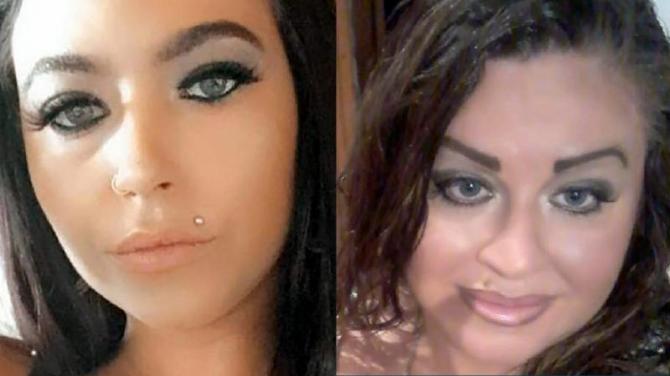 LOCAL politicians have expressed their shock after two women from the borough were murdered by a family member, who then took his own life at the weekend.

Detectives from the Police Service’s Major Investigation Team have confirmed the identity of two women who were murdered in Newtownabbey on Friday 19 March.

Detective Chief Inspector John Caldwell said: “I can confirm the identities of the two women who were murdered were Karen McClean, 50 and Stacey Knell who was 30-years-old.

“This was a really shocking and horrific double murder of two women inside their own homes.

“A place where they should have been safe.

“My thoughts are very much with their families as they come to terms with their tragic loss.

“Both women were mothers and this appalling murder has left children facing a lifetime without their mums.

“Just after 10.55pm on Friday evening, police received a report of a stabbing at a residential property in the Derrycoole Way area.

“Officers attended, along with colleagues from NIAS and sadly, a woman was pronounced dead.

“Officers then attended a residential property in the Glenville Road area where a second woman was found dead. An unconscious man was also found inside the property who subsequently died.

“He was 26-year-old Kenneth Flanagan.

“I am not looking for anyone else in connection with the murders, which I believe are connected.

“We would urge anyone with any information which may assist our investigation to contact 101 and quote reference number 2441 of 19/03/21.

“A report can also be made online using the non-emergency reporting form via http://www.psni.police.uk/

“You can also contact Crimestoppers anonymously on 0800 555 111 or online at http://crimestoppers-uk.org/”

“This is a sad and shocking set of circumstances,” said Mr Blair.

“My thoughts and sympathies are with the families concerned in what they are going through at this time.

“There is a sense of shock in the wider Newtownabbey community upon hearing this tragic news.

“Police have appealed for information and I’d ask anyone who can help with their enquiries to contact them immediately.”

Deputy Mayor of Antrim and Newtownabbey Noreen McClelland has said that ‘the community is in shock’.

“My thoughts and prayers are with the friends and family of the two women who were brutally killed.

“This is a close knit community and I know that they will offer every support to those dealing with the pain of losing a loved one in such horrendous circumstances.

“Once again it appears that two women have lost their lives in a violent attack. How many more women have to die before our Executive takes action to address gender based violence?”

It has been reported that Sam Lillie, the father of Ms Knell's child had contacted social services and the PSNI earlier on Friday.

According to the Sunday World newspaper, Mr Lillie had feared for his daughter's safety around Mr Flanagan and had alerted police and social services.

But hours later, both women were murdered.

Police have confirmed that they did receive a call.

“Police received a report of concern for the safety of a child on Friday 19 March," said Ch Supt Davy Beck.

“Following review, there was no evidence of immediate concern for the child's safety and the caller was provided with advice in respect of the matter.”

When contacted, the Belfast Health and Social Care Trust said it was unable to comment at this stage, due to confidentiality issues and an ongoing police investigation.

In the assembly on Monday, Infrastructure Minister Nichola Mallon said legislation was needed that would make misogyny a hate crime.

Justice Minister Naomi Long said she hoped to put a paper before the NI Executive this week on a strategy to protect women and girls from violence.

Northern Ireland is the only part of the UK without a specific strategy.

“We must as a society do all we can to erode sexism and protect women.

“We must do it for Stacey and Karen and their families, and for the many other victims that should have been protected in our society but weren't,” said Ms Mallon.

Ulster Unionist leader and South Antrim MLA Steve Aiken said there was ‘far too much violence’ in society against women.

“What do we say to our young daughters?

“What do we say to our wives, our mothers, our sisters, particularly as men in Northern Ireland?

“We have to acknowledge the fact that we have a significant problem, and we have to deal with it.”

Mrs Long said it was an ‘absolute tragedy’ to see women losing their lives to violence in Northern Ireland.

Speaking on Sunday, she said early intervention was needed to tackle ‘offending behaviours’ in the perpetrators of violence.