Messages from beyond the grave 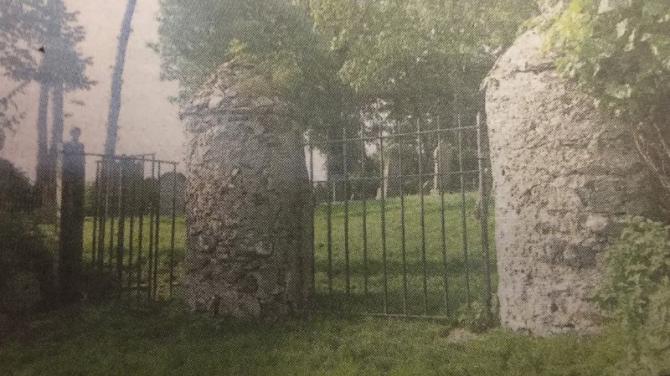 OVER 40-years-ago one of the Antrim Guardian’s contributors recalled his childhood friend, the village postman.

The gentleman, he wrote in November 1980, was also the local gravedigger and, in the writer’s eyes, a ‘very knowledgeable man’.

This friendship gave him a keen interest in wandering around graveyards and reading the messages carved onto the headstones.

He described how he came across some wonderful verses, not all of them melancholy.

“For example I found a wonderful advertisement for home brewed beer!” he said.

It read: Here likes the body of Hugh John Greer

When living brewed the best of beer

Turn to the right and go up the hill

His son keeps on business still.

The interest took him to far flung places too.

He recalled a little cemetery in South Africa where all the names on the older headstones were recorded in French from the time of the St Bartholomew’s Day murders when the Huguenots had fled from France.

On the stone that marks the last resting place of Lord Baden-Powell in Kenya, his name is followed by the simple ‘Chief Scout to the World’.

Below the dates of his birth and death there is a circle with a dot in the middle, which the writer was touched to learn was the Scout sign for ‘I have gone home’.

He wrote that this echoed the Christian belief that death is ‘simply a quiet going home’.

He also recalled a gravestone near to where he had grown up, which had a quirky little verse.

It read: Remember me as you pass by

As you are now, so once was I

As I am now, so you must be

A conversation with a gentleman from ‘the older generation’ in Randalstown a couple of years back suggested that the stone was closer than many people may realise.

Many Randalstown folk will be aware of a small graveyard set on height along the Coolsythe Road.

A trip to the spot - and with a little help from a local farmer who was retrieving an inquisitive sheep - led the Guardian to rediscover the headstone.

While the graveyard appears to be the final resting place for many common family names from the area, this stone in particular marked the Kennedy family plot.

Samuel Kennedy, who was born on February 1 1866 is named on the headstone too despite being buried in Elmwood Cemetery in Winnipeg following his death on March 8 1910.

The final name is Isabella McLaughlin, who was born on September 9 1857 and buried following her death at the grand old age of 93 on July 31 1951.

Below this is the now faded inscription which the Antrim Guardian’s former writer recalled.

And while the verse is just about legible, there was no sign of a further two lines which were rumoured to have been added by a prankster over the years.

If only I knew which way you’d went!