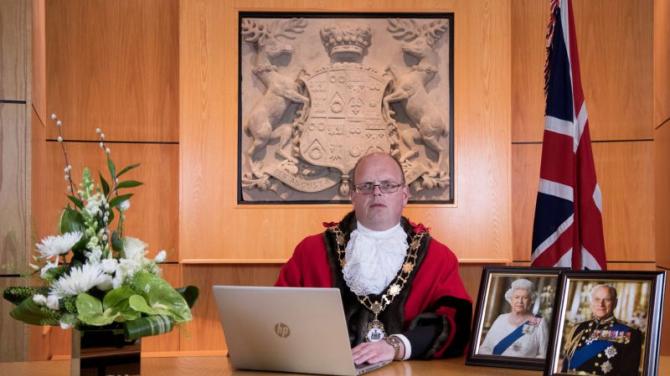 FLAGS will fly at half mast on council buildings this week as the nation prepares to bid a final farewell to Prince Philip.

Council committee meetings have been cancelled this week, replaced by a Special Meeting on Monday night featuring prayers and tributes to His Royal Highness from members.

The council has also opened an online Book of Condolence - and first to sign it was Councillor Jim Montgomery, the Mayor of Antrim and Newtownabbey.

“As a young naval officer, his record was exemplary, but his greatest service to our nation, was undoubtedly as consort, companion, and confidante to Her Majesty the Queen,” he said.

“The scale of his service is near impossible to quantify.”

Tributes have flooded in since the Duke’s death was announced on Friday.