2021 event may have been cancelled - but the Antrim Show will go on! 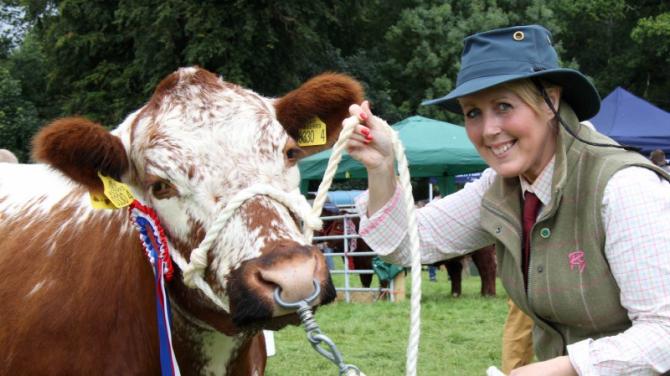 COVID may be on the retreat, but it’s increasingly clear that normality is still some way off - more’s the pity.

So last week’s announcement from Antrim Agricultural Society about this year’s summer Show had a sense of inevitability.

In a statement, they confirmed that the Randox Antrim Showhas indeed been cancelled for a second year running because of the coronavirus pandemic.

“Following much deliberation and having delayed their decision for as long as possible, the Directors of Antrim Agricultural Society had concluded that, unfortunately, they must cancel the 2021 Randox Antrim Show which was scheduled to be held on Saturday 24 July in Shane’s Castle Estate Antrim,” said a spokesman.

“The Directors are dedicated to providing the utmost safety for the general public, exhibitors and traders and whilst the rollout of the vaccination programme will undoubtedly help to bring everyone back to a sense of normality, there is still a level of uncertainty with regard to being able to hold large scale, albeit outdoor, events in Northern Ireland.

“The Show is, however, pleased to confirm the continuation of their Title Sponsorship with Randox for the 2022 Show, along with Shane’s Castle Estate Antrim as the venue.

So the Show will go on. If the last year has taught us anything it is the need to be patient.

The annual event is a local institution - a day when the hard-working farming community can quite literally go to town.

A welcome respite from the rigours of working the land, it is a celebration of the very cream of the crop - be that livestock, veg or good old fashioned country cooking.

In that regard nothing much has changed down the years. Right? Well, not exactly.

Back in 1977 the Antrim Guardian did some digging of its own to unearth the roots of the annual showcase, and while some aspects of the event are reassuringly familiar others now seem downright strange.

The forerunner to the Agricultural Society was the Antrim Union Farming Society, who gathered on lands owned by Lord Massereene as far back as the 1840s.

There were prizes for the best ploughing, animals and crops with an honourable mention to the lost art of ‘hole digging’ - but there were also awards very much of their time.

In his report of 1845 Rev WS smith revealed that there were prizes offered for the ‘cleanest and neatest labourers’ cottages’ - not to mention the ‘largest and best manure heap’. One can only imagine that competition was fierce!

The grain entered was ‘remarkably fine’ that year, while turnips, carrots, rape and mangels were ‘very large’.

There was special mention too of the local cabbages which were ‘of great size’ - with one whopper tipping the scales at 50 pounds.

Rev Smith added that it was ‘gratifying’ that the local nobility took a healthy interest in the event too, with Lords O’Neill, Massereene and Templeton all present and correct.

Though it was a huge success, over the years interest waned and the event eventually petered out.

But at the turn of the century the green shoots of recovery were spotted. Like their enormous vegetables, you simply couldn’t keep Antrim’s farming community down!

In 1905 Antrim Agricultural Society decided it was time to cone again salute the local folk who were outstanding in their own fields and organised a ploughing match.

Over 50 invitations were sent out but, slightly disappointingly, only seven initially agreed to take part.

Nevertheless, the seed had been planted and on the appointed day over 4,000 people turned out to Mr Morrison’s farm at Crookedstone to watch 37 ploughs carve up the land.

The decision was hastily tasken to organise a full blown agricultural show - and the rest is history.

By 1907 entries were into their hundreds for what had become a four-day event, all vying for 11 silver challenge cups.

Even the rain could not dampen their spirits, after £1,000 was spent on a new stand.

That was thanks to the long list of sponsors which included John Kirk of Antrim, a curer of ham and purveyor of everything from Indian meal and barley to Russian Linseed cake; local dentist Frederick T Smith (‘painless extractions a speciality’), Samuel Rea, whose Antrim sawmills could be reached by telephone by calling, quite simply, number 9; and wine and spirit merchants Messrs Lyle and Kinahan who had recently become the sole agent for a specially selected ‘Pure Port Wine for Invalids which had been ‘generally adopted and approved of by the medical faculty’.

Nowadays, the Show is a slightly trimmed back affair packing everything into a single day.

It is still a hugely popular event, however - and many will be looking forward to dusting down those ‘wellies’ for a welcome field day next year.