Victims' families praised as first charges are made 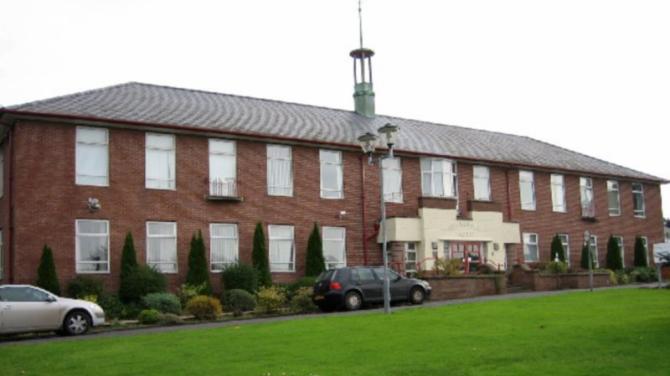 THE future of Muckamore Abbey Hospital in Antrim hangs in the balance this week with official confirmation that seven people are to be prosecuted over the alleged ill-treatment of vulnerable patients.

After challenging months of trawling through hours of CCTV footage, the long journey to the courts edged closer on Friday afternoon.

And within hours of the announcement, the allegations of what went on behind closed doors at the Abbey became national news.

Since a major police investigation began in 2017 into alleged abuse at the hospital, 15 people have been arrested.

But these are the first charges to be brought, and it is understood all seven individuals are staff members at the Psychiatric Intensive Care Unit.

They are to be charged with a range of offences including alleged ill-treatment and wilful neglect of patients at the Cranfield Psychiatric Intensive Care Unit.

It is understood that a further eight people have been reported to the PPS in a second file, which remains under consideration.

Head of the Police Service of Northern Ireland's Public Protection Branch Detective Chief Superintendent Anthony McNally said the decision to prosecute was ‘significant progress’ in what has been a complex and often troubling probe.

“This has been a very detailed and complex investigation and we will continue to work closely with the PPS, who have written to the families involved to make them aware of the decision to prosecute seven people for a range of offences.”

PPS Assistant Director Martin Hardy said the decision to prosecute followed a ‘thorough consideration’ of all the evidence in an investigation file received from police in April 2020.”

He did not rule out the possibility of further charges down the line.

“A second investigation file received from police in December 2020 in relation to alleged ill-treatment at the hospital remains under active consideration,” he said.

“Decisions will issue in due course after a thorough consideration of all the available evidence.

“We acknowledge how difficult this process has been for the patients and their families, and we recognise the great dignity that they have shown.

“We will continue to engage with them and ensure they are kept informed as the process continues.

“As proceedings will soon commence as regards the seven individuals, it would be inappropriate to comment any further.”

A major police investigation began in 2017 - and a spokesman confirmed that the probe continues.

“Our specially trained officers will continue to provide support to the families whose loved ones are at the centre of this investigation.

“From the outset we have been committed to working closely with them, with the aim of keeping them as informed as much as we possibly can and we will continue to do so.

“The protection of our most vulnerable is a priority for the Police Service of Northern Ireland.”

South Antrim MP Paul Girvan has said his thoughts remain firmly with the ‘victims and their families’.

He also paid tribute to the campaigners who secured a Public Inquiry into the scandal.

“The announcement that seven people are to be prosecuted in relation to the events at Muckamore Abbey is another small step forward towards shining a full light on what occurred within that hospital and ensuring it can never happen again.

“My thoughts at this time remain firmly with the patients and their families.

“It has demonstrated that the announcement of the public inquiry has not hindered criminal investigations from proceeding.

“This is the largest adult safeguarding case in the entire United Kingdom, with some 1,500 separate criminal cases identified for investigation.

“Whilst this announcement is a step forward, it will be some considerable time before this process is concluded.

“The patients and the relatives of those in Muckamore deserve nothing less than the truth and those responsible for any wrongdoing must face the full weight of the justice system.

“I once again pay tribute to all of those involved in ensuring that this scandal came to light and their unwavering dedication to securing truth and justice.”