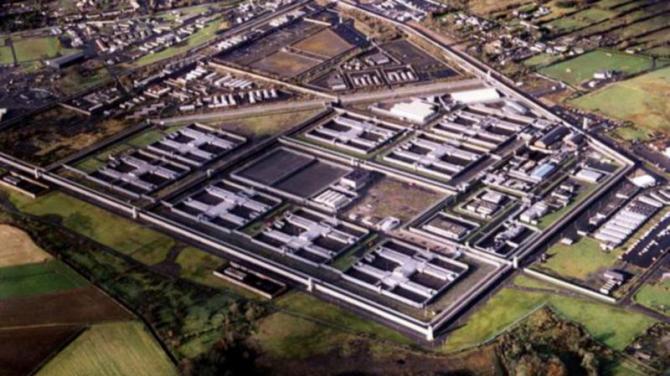 The lanky local lad, who had once harboured dreams of becoming an architect, attempted to murder police officers as they trundled along the country roads near his home.

But how did this bright grammar school student find himself at that life-changing crossroads?

In his younger days McKeown had often heard people singing raucous rebel songs in bars, but as the Troubles continued to rage around him, he grew impatient with their wistful longing for unity. Increasingly, he felt that something more militant was required.

As a teenager he had socialised in places such as Ardboe, Cookstown and Moneyglass and he became friendly with one particular IRA member. At the age of 16 McKeown pestered the older man to let him join the organisation.

He admits he was consumed with a burning anger at the time, and those flames were fanned by being questioned by local Ulster Defence Regiment soldiers at checkpoints.

“You were being stopped by people you played football with in Randalstown. They were asking me who I was, where I was from, where I was going, when they knew me well,” he said.

“It was not about where you went to church on Sunday; it was about who had the power to carry a rifle and wear a uniform and stop me whenever they wanted to do it, which they did.”

McKeown finally joined the Provisionals in 1973.

“I met a man and a woman, and they gave me the usual spiel: that joining the IRA meant you’d likely end up dead or in prison. They were telling me to think carefully.

“I was getting pi**ed off with all the talk. I wanted them to just get on with it.

“It was an informal swearing-in. There was no Green Book or anything like that. They just said: ‘Watch yourself. If questioned, never say anything.’ It was as simple as that.”

McKeown was trained in making explosives and using an M1 carbine, a Thompson sub-machine gun, an Armalite rifle and handguns. Much of his paramilitary schooling took place on the shores of Lough Neagh.

By the time of his murder bid, he had been on a number of operations and was a reasonably seasoned Provisional IRA member, on the run.

But as he skulked from his parent’s home on that warm summer evening in ‘76, life could never be the same.

“I was lying in a hedge with an M1 Garand rifle – a very slow rifle – with a clip of eight bullets, waiting for the Land Rover,” he recalled.

“I had been there a couple of other nights, but nothing happened. I heard two women passing by, coming from the bingo in the local hall. They were having a conversation about the bingo, and I remember thinking, that’s normal life, and you have a chance of being part of that normal life; instead you are waiting in this hedge with a rifle for a police Land Rover to come along.

And then the police vehicle hoved into view. As it passed, the gunman emerged from his hiding place.

“I aimed between the tail lights and fired off a whole clip. They returned fire from up the road from a long distance, from far enough away not to do any damage.”

Although nobody died in the attack, one officer was slightly injured when hit by a ricochet bullet.

In April 1977 he was sentenced to life imprisonment after being convicted of attempted murder and bombing offences.

In court the judge asked if anybody wished to say anything on his behalf. His mother Margaret McKeown stood up and told the judge: “He is my son. I love him.”

He remained behind bars until 1992 - and it was certainly a momentous time to be in the Maze.

A ‘blanket protest’ had begun at the prison the previous year, after the British authorities began phasing out special category or political-prisoner status for paramilitary inmates. This put republicans on a par with ‘criminal’ prisoners and required them to wear prison uniforms, which they refused to do.

McKeown joined the protest on arrival. He was instructed to strip naked and was offered prison clothes, which he refused.

“I remember the walk down to the very bottom of the wing. I was thinking, What do I do with my hands? If I put my hands over my privates, then it looks like you are embarrassed.

“At the same time you are not going to march down with your arms swinging. So I just walked down with my arms by my sides.”

After the blanket protest the local man participated in the no-wash protest that followed, in March 1978, and then in hunger strikes in 1980 and 1981.

“We were probably the most irreverent group of republicans. There is no mystical ‘wrap the green flag around me’ when you are living in sh*te.

“You have to work out what are your values and principles, because you are living in a hellhole. You have to really believe.

“I remember at that time we would get the IRA Christmas message – you know, sometimes you’d have people getting carried away with themselves and saying, ‘the Brits are going to be driven back into the sea.’ And people in the cells would be blowing raspberries out the door and saying, ‘Give your head a shake... ’

“Part of it was humorous, but it was moving away from romanticism, because you were not living in a romantic situation. It was also a great leveller, because it did not matter who you were, what age you were, what you were in for: you were all the same.

“All the social norms were gone. You built up a strong bond.”

He had fond memories too of Bobby Sands, who would lead the strike.

“You felt he was one of the lads. He was a good singer, full of energy, always singing and talking and thinking. A bundle of ideas, good humoured.”

Sands was elected MP for Fermanagh and South Tyrone in April 1981. There was a sense among the prisoners that his election would be a trigger to resolve the fast. That optimism soon evaporated.

“We realised that if they would let Bobby die, and he was an elected MP, they would be prepared to let others die,” McKeown says. “We had not really thought about that before.”

But that grim realisation did not dampen his desire to join the fast.

“We all knew what was at stake when we volunteered for the strike - and you must remember that there were 100 people ready and willing to take part,” he told the Antrim Guardian.

“We saw ourselves as political prisoners and we knew that everything hinged on the hunger strike.

“We really felt we had no alternative.”

So, against this backdrop and with four men already dead ‘Lorny’ joined the strike on June 29, 1981.

“It’s not a decision you can take lightly, but there was never a period when I had any doubts.

“There were other people ahead of you but you know it will eventually come to a point when you’re next. You look death in the face.”

On the outside world the public debate divided the community, with some admiring the ‘noble sacrifice’ while others welcomed the unflinching conviction of terrorists to end their own lives. The prisoners, however, were largely unaware of the media circus that had sprung up around their protest.

“I think to some degree we knew that we were involved in something big, but it took years to realise the full impact of what was going on. In a sense we were caught in the eye of the storm.”

But the reality of his decision to join came crashing in when he began refusing meals.

“For the first while there is a sense of emptiness and coldness and that was very unpleasant.

“We had to drink 10 pints of water a day to flush our kidneys and to basically stay alive, but hunger is a psychological thing and you eventually come to terms with it.”

After three weeks Laurence was moved to the Hospital Wing, which by that time had been the scene of five deaths.

“There was a wee bit of verbal abuse from some but, by and large, the warders were very clinical.

“I’ve been told that there was a bit of curiosity with Bobby and Francie Hughes but as the deaths continued they seemed to accept we were deadly serious, so there was no point questioning us about why we did it.”

As the weeks progressed, his health inevitably deteriorated. And for some this ‘end phase’ proved to be a terrifying experience.

“I was in a room beside Paddy Quinn and he suffered from terrible hallucinations. He would even start making inhuman sounds, break into sobs and high pitched yells.

“He’d had enough and was just deranged. I could her his mother talking to him and she would get very upset.”

Quinn’s mother eventually intervened, ordering doctors to save her son’s life on the 47th day of his strike. And McKeown was adamant that he felt no bitterness at her decision, which was to become the first of many and spell the end of the strike.

“When she authorised I just thought ‘thank God’. It had ended his agony and her pain.”

In the meantime, his eyesight was dimming fast, and by 40 days it was almost gone completely.

His body compensated by heightening his other senses. leaving the smell of floor polish and even the water he was forced to drink ‘intense and unbearable’.

All the while, however, there was no temptation to eat the meals that were still left by his bed.

“The food was brought in every day but I just wasn’t interested,” he said.

“Eventually, by the 60th day the doctors told them to stop bringing it because I would be physically incapable of eating it even if I wanted to.”

McKeown continued his fast with a deadly defiance until, after 70 days, he was at ‘death’s door’. Ten had already died, and it seemed inevitable that he would be joining them soon.

His family were notified on the morning of September 6 that his condition was grave and he had but hours to live. They rushed to the Maze expecting to hear the worst but instead they were informed that he had slipped into a coma.

Then, with his life hanging by a thread, the McKeown family decided to intervene and pull Laurence back from the brink.

“I honestly didn’t think my family would have an opportunity to intervene. I thought I would just die like Tom McIlwee had.

“My mother had never asked me to come off the strike because she knew how much it meant to me. But looking back I recall one conversation we had on the wing. She said ‘you know what you have to do and I know what I have to do’. I took that to mean that if I died it was God’s will, but if she had the opportunity to act she would.

“It was a tragic dilemma for my mother. She was afraid that I would hold it against her.”

By then his six foot one frame weighed less than seven stone. The road to recovery was to be a long one.

During the 217 days of the strike, 64 people were murdered - including 34 civilians.

After his release from prison in 1992, Laurence McKeown has sought to feed the enduring hunger for understanding of those turbulent years, penning several books, articles and plays about life in the Maze.