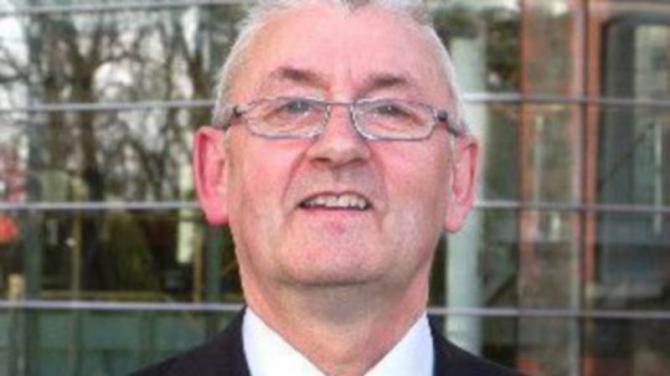 A FORMER councillor who sat on Antrim and Newtownabbey Council will be sentenced in July for historic sexual offences he admitted committing against three females.

William Ball, a former DUP Alderman, was due to stand trial this week on charges of indecent assault and indecent exposure.

Last December the 67-year-old appeared before Belfast Crown Court where he admitted five separate charges of indecent exposure on dates between April 1977 and June 1991.

He entered guilty pleas to 'committing an act of a ‘lewd, obscene and disgusting nature’ by exposing himself to three separate woman.

But he denied further charges of indecent exposure, and of indecently assaulting two of the women.

Ball, whose address is the subject of a reporting restriction, was due to stand trial on these charges and the hearing was listed to commence this week.

However, just as a jury was about to be sworn in, Ball’s barrister asked Judge Donna McColgan if the charges could be put to his client again.

The offences were committed over a period from October 1978 to June 1991.

Following his guilty pleas, Ball was told he will be sentenced for a total of ten historic sexual offences on July 1.

Judge McColgan told Ball she was releasing him on continuing bail, but warned him not to take this as an indication of the sentence he will receive in July.

The judge also ordered Ball to sign the Sex Offenders Register ‘as of today’ and said the duration of this will depend on the ultimate sentence he receives.

The defendant resigned the council seat he had held for 13 years back in July 2018.