Was Rock of Ages composed on Lough Neagh? Hmmn.... 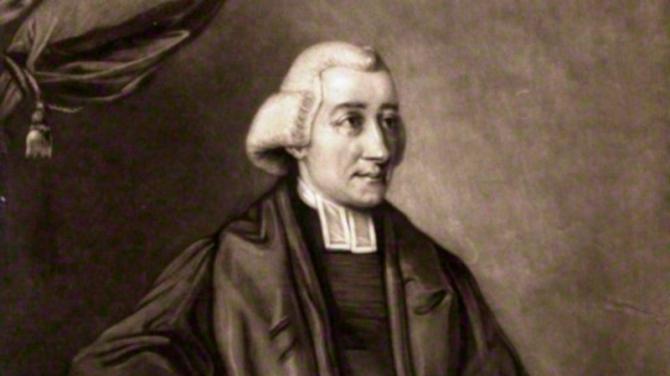 THE stirring words of ‘Rock of Ages’ echoed out at the funeral of former American President Benjamin Harrison in Indianapolis in the summer of 1901.

For the man known as Little Ben - after all he stood all of five foot six in his sock soles - loved the hymn and made it his dying wish that it should be sung by mourners as they laid him to rest.

“It’s the only hymn I was ever able to sing,” he told his friends.

And the story of how Rock of Ages came to be written by Augustus Montague Toplady was related at the graveside.

Toplady, who hailed from Farnham in Surrey, was the son of a soldier who died in battle when Augustus was only an infant.

He was raised by his mother Catherine who, in spite of being a widow, managed to send him to Trinity College in Dublin where he graduated in 1760.

Then three years later, just as he was affirmed as an Anglican priest, Augustus returned to Ireland to meet old university friends and join them on a walking tour.

It was during that visit in 1763 that Toplady was caught in a thunderstorm while boating on Lough Neagh.

He eventually managed to bring his fishing boat ashore near sand dunes in what is now the Langford Lodge region near Crumlin.

While sheltering from the wind and the lashing rain the words of Rock of Ages came to him - and by the time the storm had abated he had written the hymn and was on his way to becoming world famous.

“This story is fine for the people of South Antrim,” said James McClelland, a former clergyman who penned a bestseller about the birth of great hymns.

“But there are several stories out there about where Toplady wrote his verses.

“The idea that he sat down in the shelter of a rock or a hedge near Langford and wrote those great words is as good as any other.

“The truth is that we will never know exactly where Augustus put his words together.”

Just the same, Rock of Ages is sung with particular enthusiasm when it is announced at services in churches like Gartree on the Lough Neagh shore and St Catherine’s at Killead.

Toplady, who died in 1778, certainly had a love for Ireland because his dad Richard was from County Wexford and it is certain that he got the inspiration for several of the hymns he wrote from the ‘old country’.

As he grew older he became vicar of Broadhembury in Devon where he served for the rest of his life - and Rock of Ages was sung at his own funeral.

It was also one of the hymns at the funeral of William Gladstone in Westminster Abbey and it was sung by friends of Prince Albert as he lay on his death bed.

When the good ship London was sinking in the Bay of Biscay the doomed passengers who could not be rescued could be heard singing Rock of Ages by the lucky souls who had managed to scramble into lifeboats.

For the record, the words that Benjamin Harrison - the 23rd President of the United States - liked so much went like this:

Rock of Ages, cleft for me,

Let me hide myself in thee.

Let the water and the blood

From Thy riven side which flowed

Be of sin the double cure.

Save from wrath and make me pure.

Nothing in my hand I bring,

Simply to Thy cross I cling.

Naked, come to Thee for dress,

Helpless, look to Thee for grace;

Foul I to the fountain fly,

Wash me Saviour or I die.