Game Fair event is postponed until 2022 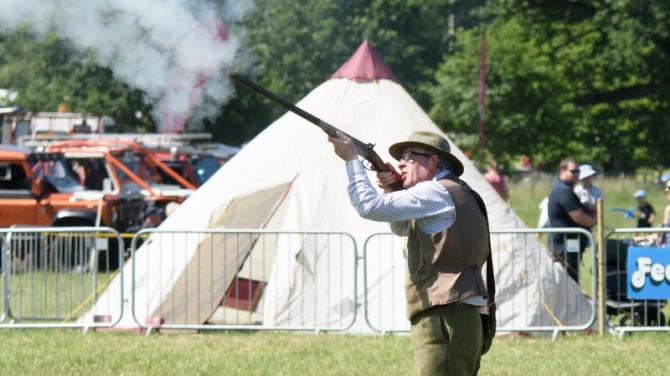 THE organisers of the Irish Game Fair and Fine Food Festival planned for Shane’s Castle from July 31 to August 1 have reluctantly declared that the event will be postponed until 2022.

Director Albert Titterington, a veteran of 68 fairs over 41 years stated: “We had no realistic option other than to reluctantly postpone the Shane’s Castle this year, given the increasing uncertainty regarding any easing of Covid restrictions/regulations going forward in Northern Ireland.

“Factoring in the additional potential new risk from the Delta variant we had no option than to reluctantly decide to postpone the Game Fair until 25-26 June 2022.”

Stressing that the decision had not been taken lightly, Albert Titterington added: “An event of our size meant that we would see huge numbers of exhibitors, visitors and competitors due to come from all over the UK and Ireland.

“And despite our proud history of award winning public events professionally organised over 40 years, we felt that current climate of uncertainty was not conducive to delivering a safe event to our normal high standard for the thousands wishing to attend.”

However despite implementing stringent infection control measures and embarking on a promotional campaign, organisers decided to exercise caution and postpone.

“Between now and 2022 we will be implementing our ‘Plan B’ which we had been working on daily in order to build even more on the success of The Virtual Game Fair www.thevirtualgame

“Impressively for a relatively new Internet start up there have been upwards of 203,000 visitors since its launch in August last year.”

Mr Titterington also paid tribute to the support given to the fairs by TourismNI and Antrim and Newtownabbey Council and added that they look forward to running an even bigger and better fair in 2022.