A bridge to the past in new Steeple Park? 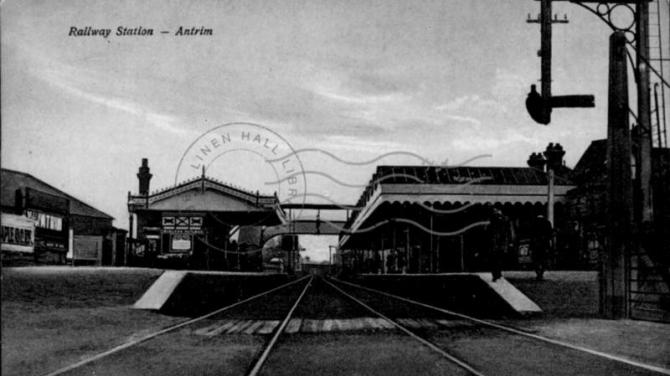 ANTRIM and Newtownabbey Borough Council looks set to accept the ‘gift’ of an old railway bridge.

It is hoped that the structure can become a piece of public art, potentially at Steeple Park, which is earmarked for redevelopment.

A full monthly meeting was due to hear this week that Translink has been in contact, regarding a salvaged railway bridge, which is in their possession in storage at Antrim Railway Station.

A report said: “Whilst they have not been able to provide exact details on the providence of the bridge, other than it has come from the Antrim to Londonderry line, research using the images of the bridge would suggest that it dates to the Victorian era and closely resembles the actual Antrim Station bridge.

“There is a significant market interest in industrial salvage and an appetite for transport heritage and items such as this are often much sought after.

“Translink have been contacted by a number of third parties from the private sector enquiring about purchase of the bridge with one such offer exploring refurbishment of the structure and installation in an outdoor leisure park as a piece of public art.

“Translink recognise that the bridge forms an important part of the heritage of the Borough, which has a number of train stations and a long standing railway network and infrastructure.

“They have offered to ‘gift’ the salvaged bridge to the Council.”

It is proposed to accept the ‘gift’ and take the bridge into council ownership and storage with a view to identifying the cost of restoration and location of the bridge in the future as a piece of heritage in a public space in Antrim, potentially the redeveloped Steeple Park which is within close proximity to the Antrim Station.

Once costs have been identified, an application to the National Lottery Heritage Grant programme can be made under the ‘places and objects linked to our industrial, maritime and transport history’ funding category with grants of £10,000 to £250,000 available.

A further report, outlining full restoration costs, proposals for future location of the bridge and outcome of any funding applications to be brought to a future meeting.