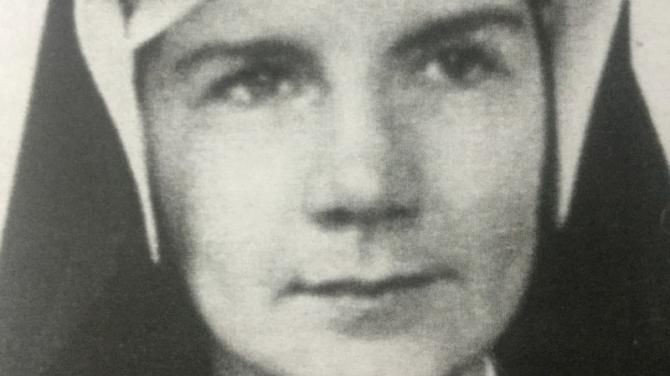 ON the morning of December 14th 1983, nine prisoners incarcerated within Peru’s infamous San Juan de Lurigancho Prison staged a last-ditch bid for freedom, claiming three Marist sisters, a number of social workers, and Antrim-born Sister Joan Sawyer as hostages with which to barter for their release.

Dissent amongst the prisoners had long since reached boiling point.

Of the approximately five thousand detained within the squalid, over-populated jail, only one fifth had actually been convicted. The remaining four thousand comprised of those still awaiting sentence - and of the wrongfully accused.

After a full day of negotiations with the prison’s authorities that concluded at around 5pm, the nine dissident prisoners and their hostages were granted permission to leave Lurigancho.

A small ambulance was provided to them as a getaway vehicle, along with an allocated driver. Joan was one of the last to enter the ambulance and sat on a small seat just inside the back door.

No sooner had the ambulance pulled away from the closing prison gates at roughly 5.30pm when it riddled with bullets by police stationed outside who had been waiting to spring an ambush.

The driver tried to accelerate, but the cumbersome vehicle was no match for the nimble police cars which gave chase.

The law enforcement personnel fired wildly and indiscriminately despite the presence of the hostages, showing utter disregard for the overwhelmingly strong potential for collateral casualties.

The ambulance careened to a halt as the driver abandoned it and fled the scene, prompting a final crazed flurry of automatic fire from the pursuing officers. Deadly rounds ricocheted inside the confined interior of the vehicle or found their mark outright and, by the time the police’s furious fusillade had ended, seven of the prisoners were dead.

Another two inmates suffered non-fatal bullet injuries, as did three of the hostages. Sister Joan Sawyer, meanwhile, had been hit five times.

Mortally wounded beyond hope, she died at the scene.

Born on April 17 1932 in Donegore, Joan was youngest child in a family of seven. She was baptised and received both her First Holy Communion and her Confirmaton at St Comgall’s.

Joan would go on to attend Rathmore Primary School where, as one of the only enrolled Catholics, she grew experienced in mediating and accepting differences in belief.

After meeting with two nuns in 1948 at the behest of St Comgall’s Parish Priest Father Vincent Davey, Joan entered into religious life with the Columban Sisters the following year, eventually taking her vows under the moniker of Sister Mary Pascal on April 22 1952.

Five years later, she made her Final Profession of Vows, volunteering herself for a life of missionary service.

Reverting back to her baptismal name, Sister Joan Sawyer’s initial assignment brought her to the United States where she worked for some time in the confines of an office.

It was only in the December of 1977, when she was 45-years-old, that she was finally sent on her ill-fated mission to Peru.

Beginning a ministry in the village of Condevilla - a parish of some one hundred thousand people - Joan quickly gained a reputation for generosity.

Working with families was Joan’s particular forte, and it was not unknown for her to offer financial help to the particularly impoverished from her own pocket.

It was a hands-on approach that differed from many of her fellow missionaries, who believed the myriad hardships of the people would bring them closer to God and as such were content to offer spiritual counsel over material relief.

By 1982, the Columban Sisters decided after an evaluation of their ministry in Condevilla that they had accomplished what they had set out to achieve.

They moved on and in December of that year, Sister Joan - already established as a passionate voice for the poor - embarked on her final mission as a pastoral worker in Lurigancho Prison on the outskirts of the city of Lima.

Conditions within the prison, which was designed to house only 1,800 inmates, were appalling.

The majority of the inmates hailed from the most impoverished areas of Lima, often lacking money and seldom having any form of legal support to call upon. As such, detainees were all too often sent to face the corrupt officials and the foul-smelling, dank cells of Lurigancho with no real trial to speak of.

It was a soulless, depressing environment that often proved overwhelming for the men unfortunate enough to find themselves there.

“I want to die outside of this prison,” wrote the incarcerated poet Alejandro Velasquez, “surrounded by silence and freedom, without the noise of padlocks, without the tears of pain…”

Joan found herself responsible for overseeing two cell blocks, both of which were inhabited by some three hundred and fifty men aged between 18 and 30-years-old.

She visited them four or five days a week, during which time she did all she could to try and bring them some relief - medicine for the sick, comfort for the despairing, and news about how their legal papers were progressing in the Ministry for Justice.

All the while, Sister Joan argued with officials on behalf of the unconvicted and applied for reduction of time in prison for those with a record of good behaviour.

She even visited the prisoner’s families, serving as a vital communication link between the men and estranged relatives who were often too poor to be able to afford to travel to Lurigancho themselves.

Endearing herself to the prisoners with her selfless devotion to her duties, Sister Joan came to be a beacon of hope for the caged men.

She even set about learning all of their names, their former addresses and the reasons for their imprisonment, with the inmates later speaking of her ‘memoria fenomenal’ - her ‘phenomenal memory’.

Despite the admirable efforts of Sister Joan, however, the atmosphere within the prison grew intolerably tense as Christmas 1983 approached.

Sporadic brawls and riots often broke out between the prisoners and the wardens - the latter of whom Joan is said to have feared far more than the former - and harsh punishments were doled out to any who voiced frustration at their plight.

On the morning of December 14 1983, Joan travelled by bus once more to the Lurigancho Prison.

She did not intend to stay long - it was, after all, not one of her scheduled days to visit, but she brought with her important cargo entrusted to her by the mothers of two of the prisoners.

One was a small plastic jar of food, the other a small sum of money to help pay for legal aid.

Her trip was supposed to be so fleeting that she even kept her lunch heating in the oven for when she returned. She never did.

Joan was caught up amid the hostage situation that day, an act of desperation enacted by the very men who took solace in her kindness.

They wished Sister Joan no harm, but could stand no more of Lurigancho’s stifling conditions. It was a last throw of the dice.

Alejandro Velasquez, one of the prisoners involved in the escape attempt, asked Joan for a paper and pen. He hastily wrote the following lines and handed the paper back to her:

‘In this fatal moment of destiny I make an effort to secure my liberty. Will I succeed? Help me my God. I do not wish to do evil nor to endanger anyone. But one more time I do it, and how many more times will I have to repeat it? Only God and the time will tell.

Alejandro Velasquez was shot and killed beside Sister Joan when the police opened fire on the ambulance.

As Brendon Smith relates in his book ‘Silent Night, Holy Night: 200 Years of a Catholic Church in Antrim’, the Church was ‘full to overflowing’ on the morning of Joan’s funeral, with Cardinal Landazuri and 80 concelebrants officiating.

“During the Mass, a large banner was placed over the alter in the church in Cueva which read; ‘I was in prison and you visited me’ (Matt 25;36) and ‘There is no greater love than to lay down your life for your friends’ (John 15;13).”

Another large banner read, ‘Juanita - You Will Live On In The Hearts Of Your People’.

When the Mass ended, the funeral procession walked the journey of six miles that separated the Church and the cemetery, praying, singing and taking turns carrying Sister Joan’s body to her final resting place.

It was an emotional occasion, and there was a huge ovation when the Cardinal denounced the circumstances that led to the unjust deaths of Sister Joan and the prisoners.

Within Lurigancho itself, the prisoners that still remained were devastated.

One of the men Sister Joan had come to the prison to visit that morning, known only as ‘Julio’ wrote that ‘minutes before Sister Juanita was taken hostage I was speaking to her when she came with a packet sent in with her by my mother.

‘I can still see her eyes which reached to eternity. Her love, pure and gentle, which reflected her great love for people. Her spirit of kindness and sacrifice towards us prisoners will be my most precious memory’.

To this day, no one has been convicted for the deaths of Sister Joan and the six prisoners.

Nonetheless, Sister Joan Sawyer, that ‘beatitude person’ as described by one of her fellow missionaries, is still keenly commemorated in Peru, with ‘Black Wednesday’- December 14 - observed annually in Lima.

A simple cross still stands the side of the road that runs through the district of San Juan de Lurigancho on the way to Montenegro.

It is inscribed with a simple legend, ‘No Mataras’- ‘You Shall Not Kill’.

Locals often go there to there to leave flowers, to pray, and to remember the Antrim woman who offered so much kindness to those who otherwise received so little.