'Not a day goes by that we don't think of you and miss you, Julie' 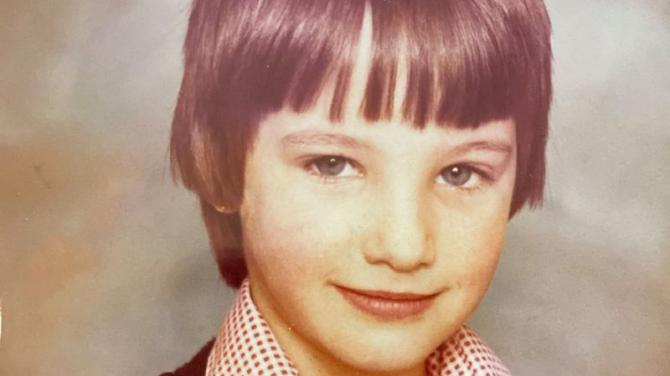 CAN it really be 40 years since an Antrim family were forced to endure every parents’ worst nightmare?

Julie Cole would be 45 now - but her future was violently stolen from her in the hot summer of 1981.

It was a day forever frozen in time for her mum and dad and the entire family circle. Time may be a great healer, but some wounds never heal.

Evelyn Cole was frantic with worry that evening. It was fast approaching midnight and there was still no sign of Julie.

The fun-loving five-year-old enjoyed a prank as much as any other youngster, but this was not like her - and with each passing second, the nagging sense of panic grew.

No-one had seen the little girl with the laughing eyes since 10.20pm. She was so tiny and it had grown so dark.

The police had been called, of course, and neighbours were rallying around. Even the tall, slightly odd man from across the street had volunteered to help.

Spotting Julie’s frightened sister crying in the kitchen of the family home at Mallusk Gardens, he leaned in the back door to offer some reassurance.

Ruffling the distressed youngster’s hair as he left, Ronnie Graham disappeared into the night to join the 20 or more friends and neighbours combing the Steeple estate.

But this Good Samaritan was not what he seemed. As he lumbered away he knew full well that they would not find Julie - not alive at least.

For the 23-year-old knew exactly where she lay because he had put her there. As he made a show of calling her name around ‘the bushes and factories in Parkhall’ the child, who had just completed primary one at St Comgall’s Primary School, lay in the attic of a house just yards from her home.

The date was July 2, 1981 and as the hunt for the little girl lost extended into the night it soon became clear that life could never be the same for the Cole family.

Something about Graham’s demeanour struck the small army of police that descended on the estate the following day.

Certain facts just didn’t tally up and stories seemed prone to change when he was pressed. Working on little more than a hunch they brought him in for questioning.

At first there were indignant denials, but then cracks began to show. And when pushed on whether he had indecently assaulted his young neighbour his composure began to change.

Placing his head in his hands and ‘almost in tears’, he nodded his head.

Making no reply when quizzed about the child’s health, officers raced to the scene. The body was there, but Julie was gone.

Less than 24-hours after she perished, Graham was back in the interview suite - and this time he said he wanted to ‘get it out of [his] system and tell the truth from start to finish’.

And for the first time he admitted that the murder was both intentional and premeditated.

“I saw the wee girl Julie in the back garden at the pigeon shed,” he said.

“I was standing watching this wee girl and something came over me. I don’t know what it was but I just wanted to kill somebody, no matter who.

“The window was open and I shouted at her to come around the front of the house. I had made up my mind to kill her.”

Moments later Julie was in his bedroom and he grabbed her with both hands around her neck. After strangling the child for ‘about 20 minutes’ he carried out a serious sexual assault on the tiny body - which he recalled in terrifying detail in his statement to police.

Sated, he opened the trapdoor to the attic and - standing on the bannister - concealed Julie out of sight. He then ‘threw the socks, shoes and pants up after her’.

It later emerged that the trusting neighbours had every reason to be wary of Ronald Graham.

Between July 1976 and April 1980 he had amassed a considerable criminal record for theft, burglary, malicious damage and forgery.

There were also two convictions for indecent assault, the first against a 13-year-old girl in Newtownabbey and the second involving ‘a young boy’ in North Antrim who had lived ‘two doors away’ from where he lived at the time.

He received prison terms for both - the most recent being a 15-month sentence in April 1980 - but by the summer of 1981 he was free to strike again.

This time, however, he took his obsession with children one stage further.

Sentencing him to a minimum term of 25 years, the trial judge said her murder had been an attack on the whole community.

“Everyone must wonder how any person could kill a little child for no apparent reason. By your plea you have probably accepted that you did kill her. Exactly why you did so may never be entirely clear.”

And down the years none have posed that very question more than the Cole family themselves.

Shortly after the murder they left their home at Mallusk Gardens, never to return. There were too many ghosts in the house where Julie’s body was found too, and it was swiftly demolished. Out of sight, but never out of mind.

Evelyn Cole has candidly admitted that her family were plunged into a ‘living hell’ and time has done little to diminish their loss.

“I exist solely day to day trying to come to terms as to why Ronald Graham would murder my daughter,” she said in a submission to the court.

“To this day I have to live with constant reminders of what happened to my daughter, my love for her and feelings only a mother has, which will never die.

“So how does anyone expect a family to come to terms with the murder of her daughter by a convicted paedophile?”

Psychiatrists have tried to work out what makes Graham tick. As early as 1977 Dr King at Holywell Hospital noted he was ‘decidedly psychopathic’.

In 1982 he was examined again by Dr Curran, who noted that the prisoner was ‘interested in cruel acts’.

“This propensity is seen by many to be characteristic of aggressive psychopaths and sometimes of murderers,” he said.

Like many killers before him, Graham later claimed to have found God behind bars, perhaps depending on Him for the forgiveness that would undoubtedly be in short supply outside.

“Ronnie Graham is a convicted paedophile who murdered my five-year-old daughter,” he said.

“I don’t believe for a second that he has changed.”

Ironically, from the front door of their home in Antrim the Coles can just make out the distant trees that mark the spot where 13-year-old Darren Fawns’ naked and broken body was found in August 1995.

Like Darren, Julie remains their little girl lost - the stolen child who will be forever young.

Clearly, for the Cole family the life sentence goes on.

This week Chris Cole said the passage of time had not diluted the acute sense of loss.

“Today marks the 40th anniversary of when Julie Ann Cole was taken from us,” said Chris.

“Not a day goes by that we don’t think of you and miss you.

“Abducted and murdered at five and a half years old, by a so called neighbour.

“I can still vividly remember the events, yet I was only seven at the time.

“As a family we are united in our sadness and our loss and what could have been.

“We still love and miss you every single day.”

The grim anniversary prompted scores of comments on social media this week.

Julie’s death has left an indelible mark on the town. Local people have never forgotten. They never will.