Victorian railway bridge gifted to council - but what about the old 'shakey bridge'? 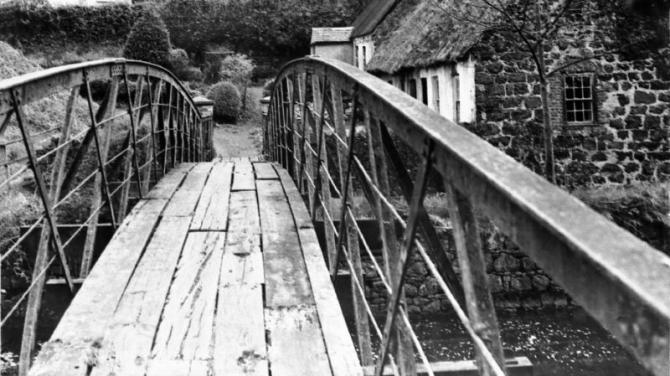 THE Council has said it is ‘pleased’ to have been gifted a salvaged Victorian Railway bridge from Translink - but a local historian has complained that it was a stark contrast to the ‘careless loss’ of another.

The railway bridge once served passengers at Antrim Station, which was once part of the Antrim to Londonderry line and forms an important part of the heritage of the Borough, which has numerous train stations and a long standing railway network.

Transport heritage is much sought after and there has been a lot of interest in the bridge which dates back to the Victorian era.

The cast iron bridge was removed some time ago to make way for wheelchair accessible upgrading of bridges.

Since then it has been rusting in peace on land beside the station.

But the council is planning to restore it to its former glory and include it as a ‘heritage piece’ as part of their exciting plans for the redevelopment of Steeple Park.

Mayor of Antrim and Newtownabbey Councillor Billy Webb said it was a ‘welcome’ addition,

“There is a great demand for transport history and I hope when the bridge is restored and installed as a piece of public art that it will attract more visitors to the Borough,” he said.

But regular Guardian contributor Len Kinley said it was ‘a shame’ that the same reverence was not shown to another much-loved bridge.

“It was known as the Shakey Bridge and it was built in Glasgow over 100 years ago and provided a way for Antrim folk to get to their place of work at the Beetling mills in Moylena beside the Sixmile Water river.

“Now when the former Antrim Council removed the bridge I was promised that it would be put on display, but they did not honour their promise.

“Instead on the quiet, hoping no one would notice, they give it away - yes they gave away our heritage.

“That was a very sad day indeed.”