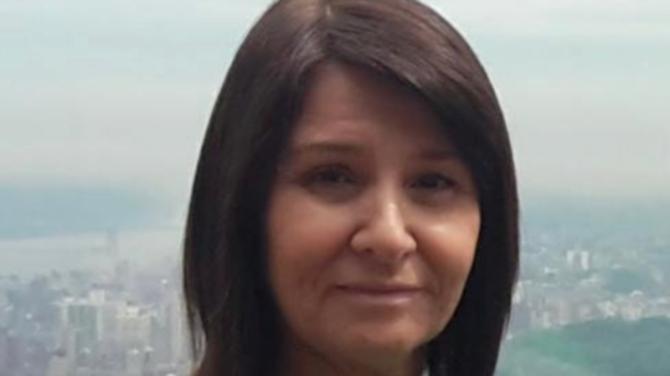 THE family of an Antrim woman living with cancer is asking for a big push to help them achieve their aim of raising funds to pay for specialist treatment at a London hospital.

Sharon Ellis was diagnosed with Stage 2b ovarian cancer in 2017.

After surgery to remove the tumor and a full hysterectomy Sharon was given the all clear and told that her cancer type rarely returned.

In 2018 Sharon noticed a lump on her scar line, which was diagnosed as a small hernia and was given the all clear.

However in 2019 Sharon had more lumps on her scar line and a larger lump in her pelvis and the pains she had suffered in 2017 were returning, but these were put down to irritable bowel sydrome.

Sharon unfortunately did not receive her yearly review in 2020 because of the COVID situation.

Her GP referred her back to hospital and she finally got a CT scan in February 2021, which, devastatingly, revealed that her cancer had returned, was now at Stage 4 and incurable.

Sharon has tumours on her abdominal wall, pelvis and liver, while her right kidney is enlarged and is not functioning correctly because of the pressure of two large tumours in her pelvis.

Sharon was referred to Belfast for treatment and was told that her only option is palliative chemotherapy, which consists of six rounds of chemo every three to four weeks.

The family has told that surgery is not an option, as there is too much cancer in her body and no other treatments are available.

However Sharon’s devoted sisters sisters Amanda, Nicola and Kare are attempting to raise money for potentially life-saving treatment in England.

Sister Nicola said: “We now feel our only option is to seek alternative treatments which are not available on the NHS.

“Royal Marsden in London have a lot more to offer and are more experienced in Sharon's type of cancer.

“We as a family feel Sharon has been let down greatly.”

The family has reported that Sharon has been unwell in recent weeks and has been admitted to hospital, where she is receiving antibiotics, fluids and blood transfusions.

Sister Amanda said this week: “Sharon was at Belfast City hospital for her pre assessment before her fifth cycle of Chemotherapy at the Cancer Centre.

“Scan results were finally in, there is no shrinkage of the tumours which Sharon is disappointed about, but the disease has not spread and the tumours have not grown which is good news.

“Her stay in hospital last week has been put down to bleeding of her tumours and she also had a cyst on her kidney which was causing her kidney function to drop.

“That seems to now have improved.

“Although Sharon is now a lot better than she was last week when she was in a lot of pain.

“Her Oncologist has decided to delay her fifth cycle of Chemo until next week to make sure she is as well as she can be under the circumstances.”