Yes, COVID has been tough - but Antrim's still smiling! 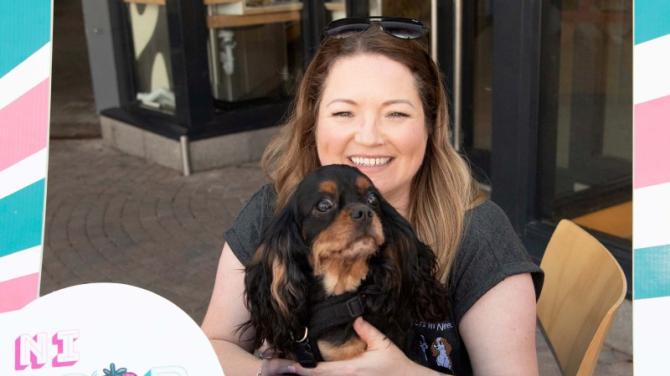 WHEN reports that a new strain of coronavirus was running rampant in China at the end of 2019, no-one could have guessed that it would go on to steam roller through countries across the globe.

The impact has been utterly devastating - and the nightmarish death toll unimaginably heart-breaking.

By and large the people of Antrim and Newtownabbey have been remarkably stoic throughout, abiding with government guidelines and lengthy lockdowns to help slow COVID’s relentless march.

Recent days have seen a hugely successful Twilight Market in Antrim, a Picnic in the Park at the Castle Gardens and a food Festival at The Junction - as well as a raft of community fun days the length and breadth of the Borough.

Antrim, it seems, is bouncing back.

And given the impressive community response to the pandemic, that should come as no surprise whatsoever.

You see, if laughter really is the best medicine, then it appears that living in our big-hearted Borough is just what the doctor ordered!

A recent nationwide survey from the Office of National Statistics revealed that four of the happiest places to live in the UK are in Northern Ireland - and Antrim was at the very top of the heap.

In total 165,000 people were quizzed for the Survey of Well-Being and residents living from Antrim to Parkgate, Randalstown to Crumlin and Toome to Templepatrick delivered the response that crowned Antrim the most contented spot in the country.

In fact, the results were emphatic, with the Borough topping the poll in each and every category - except for anxiety where it happily remained at the very bottom of the league with a rating of 1.8 out of 10.

On a sliding scale of one to 10, Antrim scored an impressive 8.8 on the ‘feeling worthwhile’ scale and 8.4 on happiness.

Last, but not least, the Borough scored a UK best of almost 8.8 when asked if respondents were satisfied with their life.

Quite a contrast to the listing in the controversial ‘Crap Towns’ book which painted a very different picture of the county town.

For many years Antrim has been a laughing stock - but its good-natured locals had the last laugh!

Dawn Snape, the co-author of the report, admitted that Northern Ireland’s impressive showing was ‘a conundrum’.

“It may be down to social connectivity, a great sense of community or maybe it’s down to how life is going there now compared with years ago,” she said.

And on that score she is not wrong.

Yes, it’s not perfect - but where is?

Undoubtedly its greatest strength is its people. It has heart, warmth and an indomitable spirit.

Antrim does not look back fondly to the good times - it is living them.

Speaking at the time of the report, Alliance Councillor Neil Kelly - who was born and bred in the town - agreed that there was no better place.

“It’s the people that make this the best place in the United Kingdom. No doubt about it,” he chuckled.

“There is a quick humour, a sense of community, a feeling of belonging that you just don’t get anywhere else.

“I genuinely love the place and I’m glad that the rest of the UK is finally learning what we knew along - that this is a fantastic place to live.

“It has been through its tough times, but the goodness of its people always prevails. Wherever I go I always hold my head up high and say ‘I’m from Antrim and I’m proud of it’.”

It’s all miles away from the ‘negative stereotyping’ epitomised by the ‘Crap Towns’ book.

“The author later admitted that he had never even set foot in the place!” said the Alliance council group leader.

“That’s the sort of negative stereotyping we have been up against. I think it came so relentlessly that some people started to think, well, maybe this isn’t the sort of town I want to live in.

“But then the true Antrim, the real Antrim, started to emerge. The people said no, we’ve had enough of this. You’re not describing the town I know and love when you say those things.

“Antrim has turned the corner and there’s no going back. Finally we are hitting the headlines for all the right.

“The message is clear. Don’t worry and be happy? Then move to Antrim.”