'Carson and the Lady' plot a return to the Castle Gardens 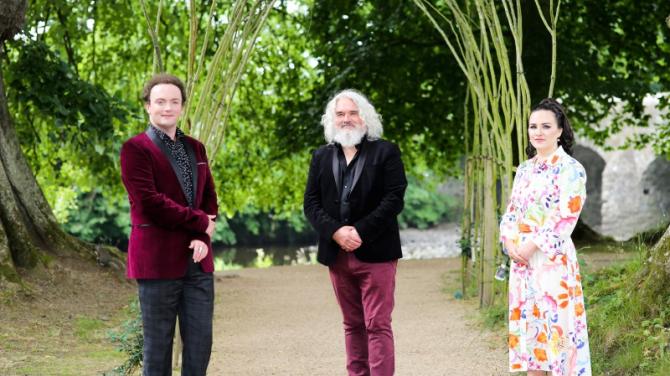 POLITICS, high society, drama and tragedy in the fight against Home Rule feature in a brand new play ‘Carson and the Lady’.

The production will include two open air performances staged in the beautiful surroundings of Antrim Castle Gardens, Friday 3 and Saturday 4 September, as well as a preview performance at Theatre at The Mill, Thursday 2 September.

Written by local man Michael Cameron, who penned the award-winning play ‘Ruby!’, ‘Carson and the Lady’ is inspired by the writing of historical biographer Lyndsy Spence, directed by Colm G Doran and features an acclaimed Northern Ireland cast.

‘Carson and the Lady’ is set in the stately home of Lord and Lady Massereene in Antrim Castle Gardens in the years prior to and beyond the creation of Northern Ireland in May 1921.

The play follows the story of these historical characters as their lives and fortunes intertwine against the backdrop of some of the most remarkable political developments in a momentous and turbulent period of Irish history.

It is supported by NI Centenary and the National Lottery Heritage Fund as part of their Our Story in the Making: NI Beyond 100 programme and LCC Group.

Michael Cameron is looking forward to bringing ‘Carson and the Lady’ back to the ancestral gardens which acted as a backdrop to the story so soon after Princess Anne was given a sneak preview during her recent visit to Antrim.

“I’m delighted and proud to have this unique opportunity to contribute to the commemoration of the centenary of Northern Ireland, the place I call home,” he said.

“It has been fascinating to look at the lives of historical figures such as Lady Jean Massereene and Sir Edward Carson and to bring their stories to a new generation.

“I hope that audiences will be entertained whilst at the same time learning a little more about the people and events who have shaped our history and our home.

“I’m very grateful to Antrim and Newtownabbey Borough Council for the opportunity to create this new work.”

Producer of ‘Carson and the Lady’ is Bernard Clarkson, from Antrim and Newtownabbey Borough Council and Theatre at the Mill, said it was an opportunity to give local context to the events of 100-years-ago.

“The Council are delighted to have received this generous funding from the NI Office and the National Lottery Heritage Fund as part of their Our Story in the Making: NI Beyond 100 programme,” he said.

“We are fortunate indeed to be creating theatre once again and with an exemplary creative team and cast.”

The performances at the Theatre at the Mill and Antrim Castle Gardens will be staged with two metres socially distanced seating. Tickets are £15.