MLA speaks of his 'Pride' after outpouring of support 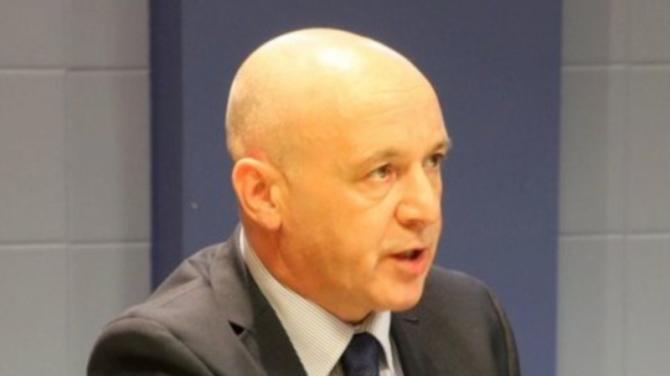 SOUTH Antrim Alliance MLA John Blair has thanked those who have rallied around him after a post supporting him by a Randalstown councillor attracted a negative comment from a local businessman.

Last week, ahead of the Belfast Pride event, he spoke to a daily newspaper about his experiences as Northern Ireland’s first openly gay politician, praising the progress that has been made for LGBTQ equality.

“Pride week isn’t just for gay people. It’s about having pride in gay people that have an impact on you.”

However a Randalstown businessman, which this paper is choosing not to name, replied: “Glenn I think you are doing a great job but why this LGBTQ+ stuff seems to be absolutely crucial to our survival is incredible and all politicians need to support this?

“I’m NOT afraid to tell you there are a very substantial percentage of our population who do NOT support this position and we are ignored.

“All this is against human nature and completely morally wrong!

“Time some politicians other than DUP stood up against this immorality and stopped fearing political ‘CORRECTNESS’.”

However his comments sparked an outpouring of fury - and support for Councillor Finlay - who spoke out strongly and immediately removed the commentor from his page - and Mr Blair, who replied: “The comment demonstrates clearly the continued need for Pride, campaigning for equality and making an effort to ensure our democracy and its institutions are inclusive and representative.

“The comments before and after his, which are greater in number, show there are more positive, fair and progressive people than there are narrow minded and judgemental.

“I’m lucky to have some of those who have commented in support of inclusivity as true friends and colleagues.

“Pride is always a reminder to me that I’ve been very lucky in life to have a loving family, true friends and supportive colleagues and that some people don't have that.

“Thanks to all for that friendship and support. Happy Pride.”

“Not only to have LGBTQ+ elected reps like John Blair in Alliance, but also to have a party full of strong allies like Councillor Glenn Finlay.

“They represent the best of Northern Ireland - caring, passionate, determined to make a positive difference and not afraid to stand up for what they believe in and for others.

“Their sexuality - straight or gay - doesn’t define them: their absolute commitment to making this place better does.”

Speaking to the Antrim Guardian, Mr Blair said that he was pleased to have the support of both party colleagues and constituents.

“Glenn’s initial comments meant a lot to me and is what I have come to expect from a colleague and a guy that I know well.

“The follow up comment is something that I have heard before but the fact that Glenn and I were backed up by so many constituents, some that I know and some that I don’t, is tremendous encouragement and I am truly grateful for the sentiments that were expressed and shared.”

Mr Blair continued: “Pride is seen - and rightly so - as a period of great celebration and festivity.

“Pre-covid, it was certainly one of the biggest festival parades in Belfast, attracting tens of thousands of people, a very happy occasion which evolved from what was a protest and a demonstration from a time when people were persecuted and prosecuted for being gay.

“Pride also presents an opportunity for hard-working groups like the Rainbow Project, Cara Friend and others, to showcase their advocacy and welfare services, which they provide for the LGBT+ community on an everyday basis.”

On hearing that some people had left negative comments on the social media page of the Randalstown businessperson and encouraged others to boycott his company, Mr Blair urged people to be conciliatory.

“Everyone is entitled to an opinion, but they to not have the right to be deliberately offensive.

“I think that everyone should celebrate the differences and diversity that we have in our society.”