The Boyz are back in (Randals)town! 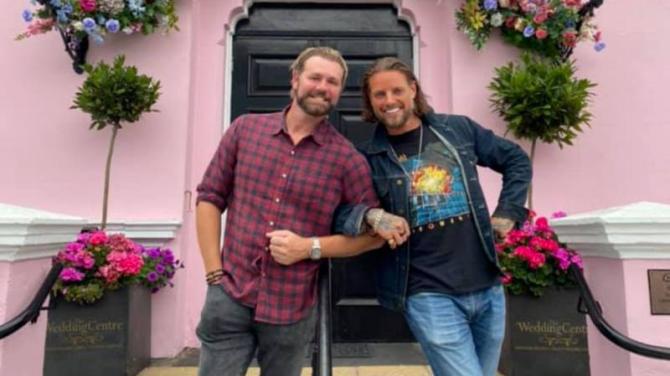 IRISH pop Royalty popped into Randalstown recently as Keith Duffy and Brian McFadden called in to a local business to get suited and booted for a gig.

The pair, now known as BoyzLife, after their respective former boybands Boyzone and Westlife.

The duo called into The Wedding Centre, run by their pal Travis Skelton, to get fitted up for their recent concert at Ebrington Square in Londonderry.

It’s not the first time that Travis has provided threads and footwear for famous musicians - earlier this year he teamed up with Boyz On Block.

That outfit is made up of Boyzone’s Shane Lynch - who owns the Amen Footwear brand, which Travis sells from The Wedding Centre - Dane Bowers from R&B group Another Level, former Five member Abz Love, and Ben Ofoedu from dance act Phats and Small.

Shane also welcomed Travis to his new bar and club in Dublin earlier this summer.