Voices from the grave 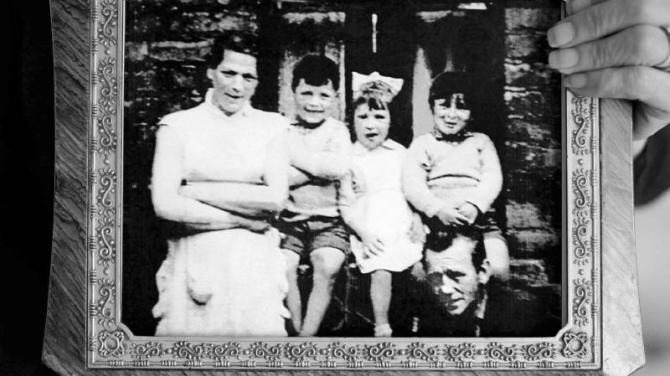 FOR many people, the last 16 months have given people a new appreciation of the frailty of life - COVID-19 has seen to that.

Old certainties have been blown away by a marauding menace that infects and occasionally kills so that it can live and spread to other unsuspecting victims.

The pain of sudden loss has been excruciating, and there has been anger that not enough was done to slow its relentless march.

Few blame the virus itself. After all, it’s merely doing what it does best.

But what of the people who have been forced to live with loss that was resolutely man-made? Worse still, what about the families robbed of loved ones in the cruellest possible way - their bodies secreted in hidden graves miles from home?

The Independent Commission for the Location of Victims’ Remains has identified 16 people spirited away by republicans during the darkest days of the Troubles. All were killed and concealed far from prying eyes - each a dirty secret which has continued to fester for decades.

In recent years a concerted effort to reunite families with ‘The Disappeared’ have seen 13 found, but three remain missing. With some murdered almost half a century ago, there is a chance that they could remain lost forever.

Two local families know all too well the agony of loss, compounded by the callous claims from their killers that they were somehow the architects of their own demise.

They have experienced the whispers, the innuendo, the indifference. They may have been among the ‘lucky’ ones who now have a grave to visit - but they still have to contend with the suggestion that they somehow brought it on themselves.

Perhaps the most famous of The Disappeared is Jean McConville. The mother of 10 was kidnapped and murdered by the Provos and secretly buried in County Louth in the Republic of Ireland in December 1972 after being accused by the IRA of passing information to British forces.

On the night of August 26 2003, a storm washed away part of the embankment supporting the west side of Shelling Hill Beach car park, finally exposing the body. More than three decades after her death she was subsequently reburied beside her husband Arthur in Holy Trinity Graveyard in Lisburn.

That funeral left from her son’s home in Crumlin - and he confirmed that time had not healed the wounds inflicted upon them.

By any standard, it was a desperately sad story.

Jean McConville was born a Protestant but she changed her faith when she married her husband, who was a former soldier.

Still perceived as a ‘mixed marriage’ by some, the couple were intimidated from their home in East Belfast in 1969 and moved to the new Divis complex.

Her husband died of cancer two-years later, leaving her alone to bring up their large family.

Mrs McConville’s first brush with republican paramilitaries came on December 6 1972 when she was taken from a bingo hall and beaten. She was released but was ‘lifted’ again by the IRA the following day.

The children had been sent for chips when ‘four girls’ arrived at the door and dragged their mother from the bathroom, reportedly at gunpoint.

Daughter Helen, who was 15 at the time, later revealed that the youngsters had attempted to survive alone during Christmas 1972.

But social services eventually learned of their plight and eight of the family were taken into care.

All they ever saw of their mother again were her rings and purse which were returned.

The family had to wait until September 1998 for the IRA to admit that they had murdered Jean McConville.

And that is the version favoured by Crumlin man Michael McConville, who was only 11 when he lost his mum.

“Her only crime was to aid the injured and she paid the price for this with her life,” he later said.

“No-one understands how much pressure we have been going through these last years.

“I hope we are all left alone now.

“We need to bury our mother in peace.”

Helen McKendry said she would not rest until she knew the truth about why her mother had died.

“I promised my sister before she died to find out what happened to my mother and to put an end to it,” she said.

“She would be the last one going to her grave not knowing.”

Her sister passed away in Muckamore Abbey in Antrim in 1992.

In January 2005, former South Antrim Sinn Féin MLA Mitchel McLaughlin created a storm when he claimed that the killing was not a crime, saying that she had been ‘executed as a spy in a war situation’. The IRA has since issued a general apology, saying it ‘regrets the suffering of all the families whose loved ones were killed and buried by the IRA’.

In March and April 2014, the PSNI arrested a number of people in relation to the kidnapping and killing of Jean McConville. All were subsequently released without charge.

There was also heated media speculation that police would want to question Gerry Adams due to well-publicised claims made by senior republicans. Adams voluntarily arranged to be interviewed at Antrim PSNI Station where he was arrested and questioned for four days before being released without charge. A file was sent to the Public Prosecution Service but it was deemed that there was ‘insufficient evidence’ to charge him.

“Me and the rest of my brothers and sisters are just glad to see the PSNI doing their job,” said Michael at the time.

“We didn’t think it would ever take place, but we are quite glad that it is taking place.”

In a later interview on the Today programme on BBC Radio 4, he stated that he knew the names of those who had abducted and killed his mother, but feared reprisals if he assisted the PSNI.

“It’s terrible that we know those people and we can’t bring them to justice.”

Sadly they are not alone.

Brendan Megraw was born in Glenavy - but in 1978 he vanished off the face of the earth.

He married his wife Marie in 1977. She was pregnant with their first child when she answered a knock on the door of their flat at Twinbrook that April morning.

“I could see one person standing there through the frosted glass,” she said.

When she opened the door, nine men pushed past her into the flat wearing stocking masks and surgical gloves. They injected her with an unknown substance they said would calm her and tied her hands and feet. They claimed he had stolen a TV and cassettes.

When Mr Megraw returned he said he had nothing to hide.

“Brendan gave me a kiss and they left.”

And he never returned. Indeed, the first confirmation that Brendan Megraw was dead came in March 1999 when he appeared on the IRA’s list of The Disappeared.

His remains were finally found in a bog in County Meath in September 2014. He had been shot in the forehead at close range.

Brendan was laid to rest in the family plot in Glenavy.

Speaking at his funeral Mass Father Aidan Brankin said that the local man was poised to start work ‘on the ships’ when he was kidnapped. He loved ‘metalwork, woodwork and being creative’.

“After school he became a sign writer and then worked in a carpet factory. He had just got a job on the ships and was due to start work there the week after he was taken on April 8 1978 at 23 years of age.

“In the 70s, Brendan was much into music and also his appearance - making sure every hair was place before leaving the house.

“Shoes were polished, ironing the crease on his trousers and then getting onto a motorbike. He loved bikes and especially enjoyed going over ramps - which were a lot bigger than the ones we have today.”

“At that stage Brendan had been missing for 25 years. She prayed for this day when Brenda was found and he could have a funeral and be buried in the family grave.

“Unfortunately she didn’t get to see that prayer answered. But she wasn’t just praying for Brendan. She prayed for all those who had been taken. She shared in the joy of other families when their loved ones were found.

“She shared their disappointments when a search proved unsuccessful.

“Even today Brendan’s family and friends are praying for those still missing that they too will be found - hoping that anyone with information that could help in that search will come forward, no matter how trivial they think it may be.”

In his homily, Fr Brankin said that the family wished to thank ‘all those who helped with the search’.

“Brendan is finally getting the dignity of a funeral Mass and today we pray for the happy repose of his soul.”

He was laid to rest alongside his beloved mother and his father Bobby.

Speaking after the inquest, family members called on those with information to end ‘the agony’ of other families who still did not know where their loved ones are buried.

“Please come forward. Don’t prolong the agony for any of the families,” said Sean Megraw.

“All of us with Disappeared, I don’t think we will be satisfied until the last person is located.

“We are not looking for people to be brought to book, we just want to have the bodies recovered and end the story.”

If you have any information about any of the Disappeared, then you can contact the Independent Commission for the Location of Victims Remains by calling 00800 – 55585500.