A black day for RAF Aldergrove 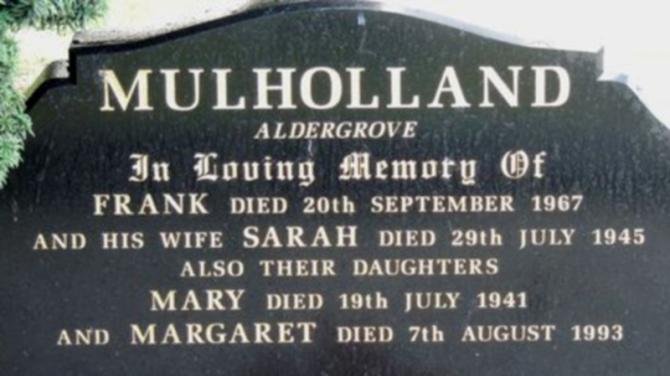 BY July 1941, German bombers had already taken part in several bombing raids on Belfast and claimed the lives of hundreds of local people.

Aldergrove RAF base was one of the most strategically important Coastal Command Stations providing aircraft to patrol the Eastern Atlantic.

In May 1941, 254 Squadron took up occupation at Aldergrove where it remained until December of that year.

In July the Duke of Abercorn visited the Royal Air Force aerodrome, though it was not named in contemporary news reports as was policy during the war.

After all, why would you tell the enemy where the planes that were thwarting their efforts were based?

The previous weekend - on July 19 - turned out to be one of those days that members of 254 would never forget.

The headlines in the local press read ‘Bomber crashes in Ulster’ and ‘Bomber death dives onto Ulster canteen’.

Once again, the location of the tragic incident was omitted from the reports, but it emerged that a Bristol Blenheim bomber, returning in formation with two other aircraft, had collided with a telegraph pole whilst flying at low level.

The reader was not spared the graphic detail of what happened next.

The telegraph wires had sheared the wings from the plane and the fuselage was ‘hurled onto the NAAFI canteen’ which was just about to open.

The Navy, Army and Air Force Institutes - or NAAFI for short - provided a much needed service to personnel at bases and camps around the world.

The accident claimed the lives of the pilot and two crew on board. The pilot had been thrown 50 feet from the plane. All died instantly.

Some of the wreckage was thrown into a 23 Maintenance Unit Hangar where the Ground Defence Force was drilling.

Ironically they were practicing a Funeral March for a forthcoming burial, and thirteen casualties were sustained including one fatality.

But worst hit was the NAAFI, which was a hive of activity when the plane hit at 11.35am - though scores of airmen had left minutes before after their morning break

On impact, the fuel tanks of the plane burst, sending a fireball through the building and into the sky.

William Harkness, who went on to become a DUP councillor, later recalled seeing the flames and smoke.

Fire Tenders from Aldergrove and Nutts Corner attended and the fire was soon extinguished but not before much loss of life and serious injury.

Servicemen bravely raced to the scene to render what help they could, dragging survivors and the dead from the building.

The remains of Miss Margaret Castles, eldest daughter of Thomas Castles, were taken to Belfast City Cemetery. She was just 24.

They were later laid to rest in graveyards in Surrey. Warwickshire, Ormskirk and Birmingham respectively.

All of the Airmen officially ‘Died on Active Service’ but the women were listed as ‘civilian deaths’.