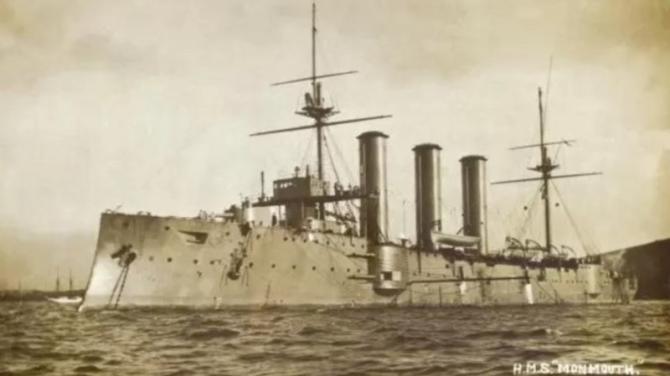 TO think they thought it would be all over by Christmas.

When legions of young men cheerfully signed up to fight for King and Country in the summer of 1914 they could never have guessed the epic scale of the bloodshed that lay ahead.

These are figures that beggar belief. This was loss on a simply unimaginable scale. It was the equivalent of 10,000 deaths each and every day throughout the campaign.

Irrespective of nationality, each death was a personal tragedy for family back at home - and as the war stretched from days and weeks into months and years, few towns and villages were spared. All shared the bloody burden.

One such victim of history was Private Adam Morrow from Antrim.

The local man enlisted on September 14 1905, so he was ready when the call to arms finally came.

But he could never have guessed that he was to become the first Ulsterman from the Royal Marine Light Infantry to die in the Great War.

His date with destiny came on November 1 1914 at what became known as the Battle of Coronel.

In total 1,654 souls were lost in the skirmish.

The Royal Navy had spent months hunting the German East Asiatic commerce raiding squadron known to be operating under Admiral Spee in the Pacific - without success.

An intercepted radio communication in early October revealed details of a plan devised by Spee to prey upon shipping in the crucial trading routes along the west coast of South America.

Cradock was ordered to deal with Spee even though the fleet was ill-matched when set against the German’s formidable force of five vessels, led by armoured cruisers Scharnhorst and Gneisenau plus three modern light cruisers.

On October 18 Spee, having heard of the solo existence of the Glasgow, set off with his squadron from Valparaiso with the intention of destroying it.

Cradock was aware that he was dangerously outgunned and had been waiting in the hope of naval reinforcements. When they came it was too little - and, tragically, it was way too late.

The Admiralty dispatched armoured cruiser Defence and an elderly battleship, Canopus, but neither reached Cradock before battle unexpectedly commenced on November 1.

The First Lord of the Admiralty, Winston Churchill, had issued orders to Cradock on October 28 instructing him to halt, pending possible reinforcement from the Japanese Navy. However, Cradock had intercepted a radio signal on October 31 that Leipzig, the slowest of Spee’s light cruisers, was in the area.

He promptly ordered his squadron north to cut it off and found himself confronting Spee’s entire force the following day at 4.30pm.

At this stage it is probable that Cradock’s force could have escaped in the failing light. Instead Cradock chose to stay and fight.

In difficult seas, Spee moved his faster vessels out of Cradock’s firing range. At sunset, with the moon clearly silhouetting Cradock’s fleet, he began to shell the British force with Scharnhorst’s third Salvo crippling the flagship Good Hope. Both it and Monmouth, with Private Morrow on board, were destroyed shortly afterwards.

Newspaper reports at the time were confused and it was not confirmed until many days later what had happened to Cradock and his fleet. In fact, on November 4 it was reported that HMS Good Hope had not been damaged at all - and on November 7 the Admiralty said they had received ‘trustworthy information’ that HMS Monmouth was ashore at Chile.

In truth both lay at the bottom of the ocean, their hulls breached and crews lost.

“Monmouth continued to battle until her hull was riddled,” said one eyewitness.

“She toppled over in the and lay for a moment with her keel lapped by the waters then plunged to the bottom.

“After the Monmouth disappeared, the Germans closed in on the Good Hope, the big guns of the two battle cruisers firing with marvelous accuracy. With flames bursting from her in a dozen places, her superstructure carried away and her guns out of commission, the Giid Hope finally turned and ran ashore with water pouring into her hull.”

But there was heroism, even in overwhelming defeat.

A German report revealed: German officers hear testimony of the crew of the Monmouth which while in a sinking condition, attempted to ram one of the German vessels.”

Although Glasgow and Otranto both escaped, 1,654 men were drowned on Good Hope and Monmouth - including the local man.

No survivors were found and Cradock himself was lost with his ship. Spee’s own fleet had suffered little damage and sailed thereafter to Valparaiso to a hero’s welcome.

Once news of the scale of the British defeat, and its consequent humiliation, reached the Admiralty in London a decision was quickly taken to assemble a huge naval force under Admiral Sir Frederick Sturdee.

In echoes to Margaret Thatcher in 1982, they were sent to destroy Spee’s force - which is subsequently did at the Battle of the Falkland Islands.

The dramatic events were later recalled in the 1927 film ‘The Battles of Coronel and the Falkland Islands’.

And the people had not forgotten the sacrifice - as it went on to make almost four times its original budget at the UK box office alone.