How the new Borough could have become LSD Council! 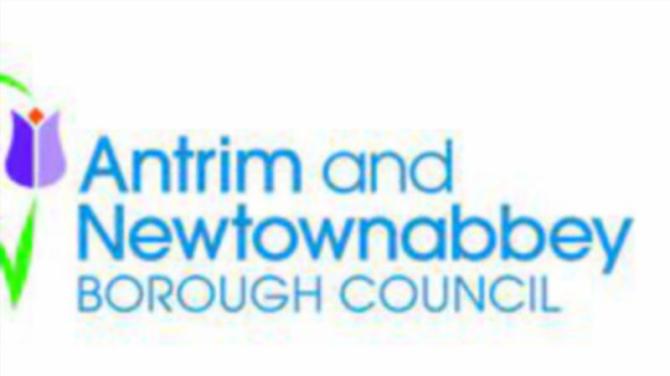 BACK in October of 2014, speculation was rife surrounding the big topic taking the town by storm - just what will the brand spanking new ‘Super Council’ be called?

But they had to be patient as the new name was set to be revealed on April Fool’s Day the following year. I kid you not!

Would the Council play it safe and stick with an Antrim and Newtownabbey moniker, or would they throw caution to the wind with gay abandon and christen it something entirely different?

Well, hindsight is a wonderful thing as we all know the outcome.

However, in 2014, consultations beginning in summer came to a close at the end of September with the top 30 suggestions to be perused by the grandly-titled Governance Committee.

Ratepayers controversially would not have a say on the name of their council - and to keep public uproar to a minimum, the proposals were conspicuously absent from the papers circulated to the local press...

The Antrim Guardian managed to sneak a glimpse at the name list, however, and offered up the options that the full council would cast votes upon the following month.

‘They are an intriguing mixture of the ridiculous and the sublime, ranging from straight laced sobriety to po-faced pomposity - with a few that could be filed away under downright weird’ a bamboozled Guardian reporter informed readers.

How better to unite two districts than under the single banner of Anew District Council? Antrim and Newtownabbey. Get it?

At least that one makes a bit of sense. Breezey and fresh. More than what could be said of Trimnew or Antabbey.

There are names on the listings that suggested an attempt to assert dominance over our smaller Borough, with Newant, Newantrim, Newtrim and (perhaps the most strange) Newtownantrim all waving the flag for the most densely populated part of the new body.

Perhaps bolder still were the suggestion of South Antrim and Antrim South, which cut out the all-important Newtownabbey link altogether.

Others took the more diplomatic route and sought out special features that joined the areas.

Names like Six Mile Valley, Six Mile Water and Sixmile District each had an even-handed approach. If this wasn’t to your taste, they could be easily combined into Sixmile River Valley District Council.

Others wished to underpin the shared nautical heritage with Lough Shore and Lough Side District Council - yet this was quickly taken off the table. Perhaps the notion of LSD Council was seen as slightly inappropriate!

Now, onto some of the more abstract takes.

Towerbawn would have been incredibly distinctive, if not for the right reasons. Castlebawn was also up for grabs, as well as Castleabbey - and Abbeycastle for good measure.

The prize for the most poetic, however, must surely go to River of the Rushes District Council, as I’m sure the romantics would agree.

The rest were much more business-like, and although they fit the bill, they’re a bit less fun to discuss.

Antrim and Newtownabbey District Council was tipped to be favourite with the mass ranks of the DUP set to support.

And that eventually held sway

There’s no doubt it ultimately does the job - but is it just me, or was an opportunity for some artistic licence not lost?