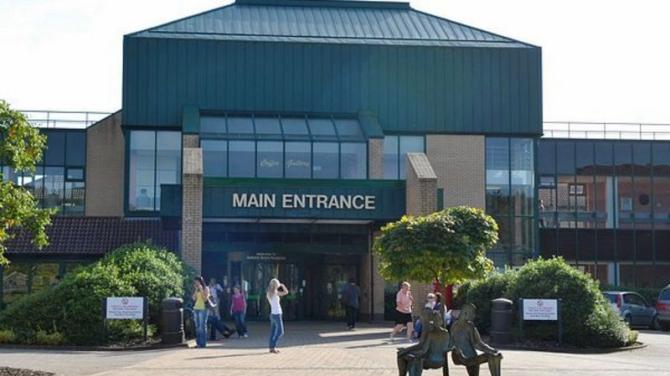 A PENSIONER from Parkhall has lavished praise on the Good Samaritans who may have saved her life.

Murtle Mitchell was enjoying a relaxing summer stroll along the Belfast Road on July 15 when suddenly her feet were rooted to the spot.

Panicking, the 86-year-old grabbed a railing and desperately tried to prevent herself from collapsing by the busy road.

“I had no power in my legs at all and I was very, very frightened.

“I didn’t even have my phone to call for help,” she told the Antrim Guardian.

“I thought to myself ‘I’m going to die here by this roadside alone without my family around me’.”

But she had not counted on the kindness of strangers.

Philip Ramsay, from Dunadry, happened to be driving by and he immediately realised that something was amiss.

“That man is a real gentleman. He pulled over, picked me up and took me home.

“I was just in the door and I grabbed my phone to call my son when I heard a knock on the door. It was the police. The man who had brought me home had called them to go and check on me.

“I told the officers that I didn’t want to take them away from their work, but one of them told me not to worry. It was his duty, he said, to make sure I was safe.”

And with that, they whisked Ms Mitchell away to Antrim Area Hospital.

“They helped book me in because I couldn’t walk and they called my son to tell him what had happened and where I was.

“Before they left, one of the officers gave me his card and told me I could ring him if I ever needed any help.”

The local woman spent the next three weeks in hospital recuperating, but now she is back home - and she is determined to thank the people who intervened in her hour of need.

“I felt I had to do something. I was very touched that these people were there for me. I can’t thank them enough.

“The man who stopped at the roadside could have saved my life - and the police acted above and beyond the line of duty.

“People really do care, and that’s a very comforting thought.

“I would like to thank them all from the very bottom of my heart.”