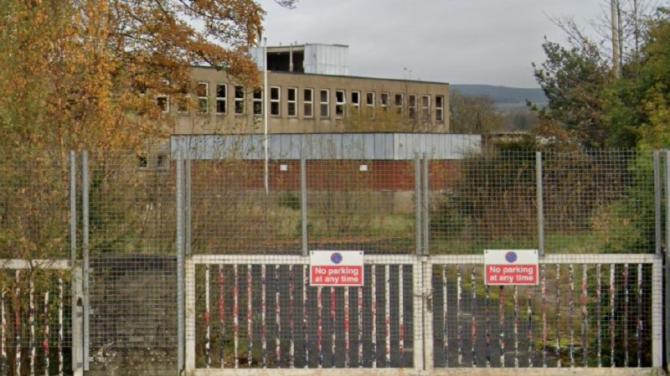 THE DEVELOPER behind new housing at the site of the former Antrim Tech has said one of its contractors accidentally damaged a water hydrant in the town last week, leading to some shortages in the town.

The inconvenience came just weeks after some parts of the town were left without water for more than 24 hours after a mains pipe ruptured during the July heatwave.

However the company has denied it had anything to do with concurrent power cuts and interruptions to phone and internet services which also caused headaches for local residents and businesses last Friday.

A spokesperson for Simpson Developments, which has purchased and is working on the old Antrim Tech site on Fountain Street, said: “During demolition works by our Contractors at the old Northern Regional College building, a water hydrant was damaged.

“Simpson Developments reported the issue to NI Water immediately and they responded promptly.

“We have taken measures to ensure the same issue does not occur again.

“It also came to light that several surrounding residents experienced a power outage.

“We contacted NIE Networks on their behalf and were advised of a timeframe for power being reinstated. NIE confirmed that this outage was not caused by any activity on our site.

“We regret that some residents in the Antrim area had their water supply interrupted.

“We seek to minimise any disruption to the wider community, as we work hard to help enhance this area of Antrim.”

Earlier this year, the Antrim Guardian revealed how developer had unveiled plans to invest £10m building approximately 56 dwellings - a mix of two, three and four bedroom houses, apartments and bungalows scattered around a landscaped green.