The Perseids were a great spectacle - but what if a meteor actually touched down? 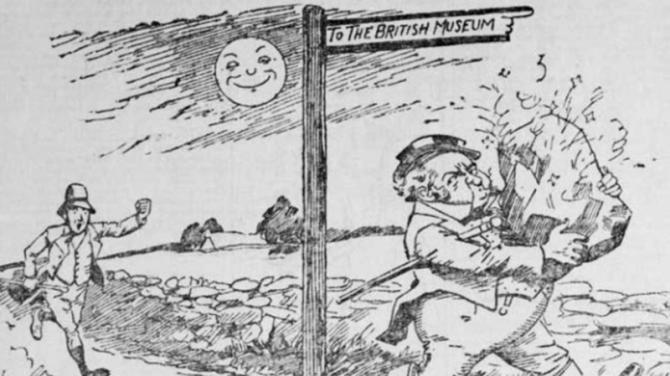 OVER the past few weeks in the skies above Antrim, watchers have been enjoying the celestial spectacle of the annual Perseids meteor shower.

The height of the shower came on August 13 when a fireball was spotted which observers reckoned may have touched down in Lough Neagh.

Up to 100 ‘shooting stars’ an hour were seen at its peak.

For those out in the country with darker skies - and a lucky break in the clouds - it was, quite simply, a magnificent display.

But over a century ago something rather special happened...

On Saturday the 13th of September 1902 a large meteorite made land fall in fields outside Crumlin, one mile to the north.

At 10.30am John Adams was working on the Crosshill Farm gathering apples when he was startled by a noise ‘much like the bursting of a boiler at a mill’.

He then heard what he described as the sound of steam escaping and then a large thud as the meteor struck a corn field.

A dust cloud rose from the site and John ran towards it.

He found a large hole in the ground so he fetched a spade - and his curious employer Mr Walker.

They extracted a ‘dense black stone’ which was still very warm and had a sulphurous odour.

Mr Walker’s wife said she had heard what she described as ‘an intense swarm of bees’ prior to impact.

The trail and noise of the meteor had been noticed in Antrim town and as far away as Lisburn.

And not everyone was impressed.

Indeed, some superstitious folk feared that it heralded ‘the day of judgement’.

For more enlightened people, the meteor was the source of some serious study.

It was virtually completely covered by a burnt black crust, but closer examination revealed that it was made up of a stony material with nickel and iron dispersed within.

The Crumlin meteorite was believed to be the largest stone to fall from the sky in the British Isles for eighty-nine years.

Indeed, it was larger than any which had fallen in England since the year 1795.

The Crumlin stone tipped the scales at just over 9 pounds.

By contrast the 1795 specimen weighed 56 pounds!

So what became of the meteor that tore through local skies?

It was purchased by the British Museum and is still on display in London.