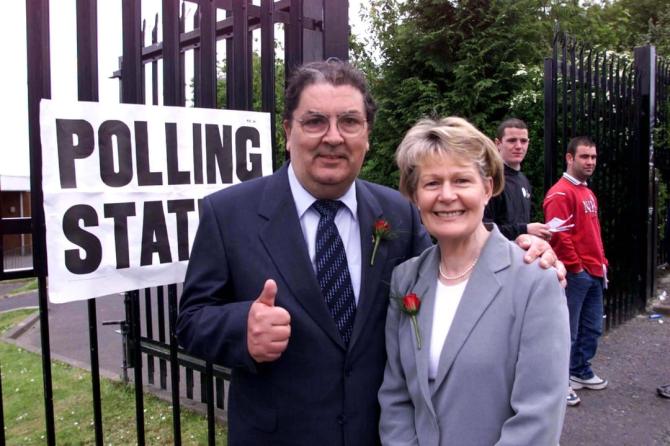 It is believed that Mrs Hume died earlier today after a short illness.

SDLP leader Colum Eastwood said, “Without Pat Hume, there would have been no peace process in Ireland, that’s the simple truth,” Mr Eastwood said.

"The compassion, integrity and immense fortitude that defined her incredible character breathed life into our peace over the course of a long campaign that, at times, must have looked like it would never bear fruit. Pat never gave up faith.

“Pat was, of course, John’s guiding light. She was his constant companion, sharing the road and easing the burden in the most difficult of times. When they came under public pressure and attacks on their home for doing what they knew was right, she remained his rock.

"The scale of his achievement was made possible by the depth of her love. But she was, in her own right, a fierce champion for peace and justice.