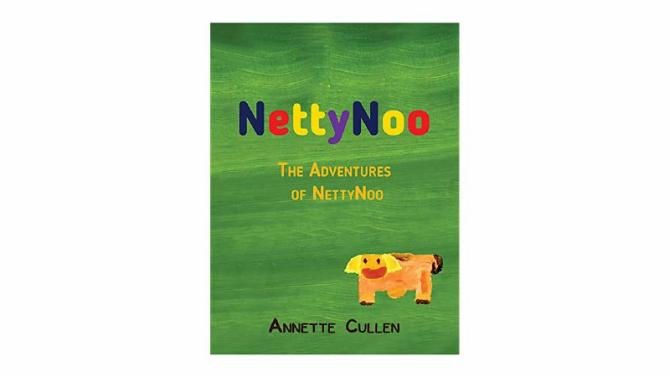 A FORMER nurse from Antrim has started a new chapter in her life by becoming a children’s author.

Annette Cullen, formerly McAughey, has published ‘NettyNoo’, the story of a loveable baby cow who lives on a farm with her mum.

Not content with penning the story, Annette also painted the fantastic illustrations.

Annette began her nursing career in Antrim where she lived for many years - and she still looks back fondly on that time.

The Deerpark was without doubt the best venue for music and dancing. The big name bands played there.

Maddens and the Bailiwick were in full swing too, but the favourite place was undoubtedly the Railway Bar!

Clubsound was the resident band, but Annette was a big fan of Teddy Palmer and his Rumble Band - Ireland’s own ‘master of Glam rock’.

Better still, there were three Antrim men in the group - Ken and Terry McKeown and Brian Wallace.

Annette and her colleagues. myself included, were usually the last to leave the building and the then owner used to look over the top of his glasses to enquire if we had no homes to go to!

Annette moved on to further her nursing career. She trained at the Royal Victoria in Belfast, then moving to Dublin and then London - collecting many qualifications along the way.

Somehow, she also managed to find time to get married.

Annettte and her husband moved to America where she worked as a Theatre Sister - a magnificent achievement.

After four years in the States, the couple had to return home as Annette’s mother became ill.

During lockdown she took up landscape art and writing.

This is her first children’s book - and a second one is on the way.