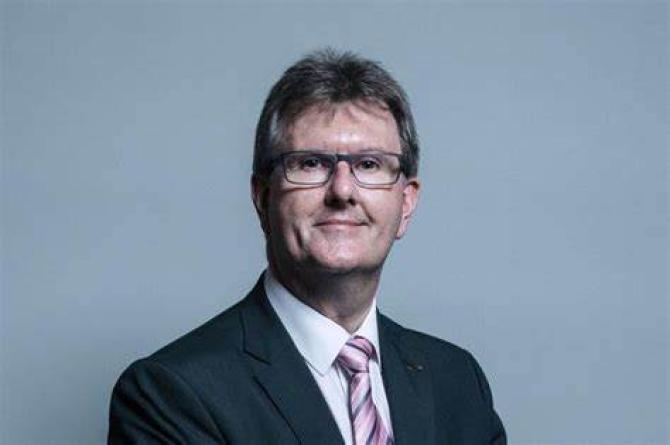 A fresh election could be triggered “within weeks” after the leader of the DUP said his party could quit Stormont if their demands over the Northern Ireland Protocol are not met.

“As the Protocol issues remain unresolved, the DUP will immediately withdraw from the structures relating to North-South arrangements. We will ensure important health related matters continue to be addressed on a cooperative basis.”

And, he added, that DUP ministers would resign from their roles rather than implement future border checks on goods entering Northern Ireland from Great Britain.

“If the choice is ultimately between remaining in office or implementing the Protocol in its present form, then the only option for any Unionist minister would be to cease to hold such office,” said Sir Jeffrey.

“We are totally opposed to the Protocol as it presently exists. We will neither accept it nor will we work it. The time frame for resolving issues can be measured in the weeks and not months or years.”

The Lagan Valley MLA said that while links with Great Britain were damaged it could not be a case of “business as usual”.

The protocol was part of the EU-UK Brexit deal and aligns Northern Ireland with the EU single market in order to ensure free trade across the Irish border.

But it has meant that there are additional checks on goods crossing the Irish Sea, leading to criticism from unionists.