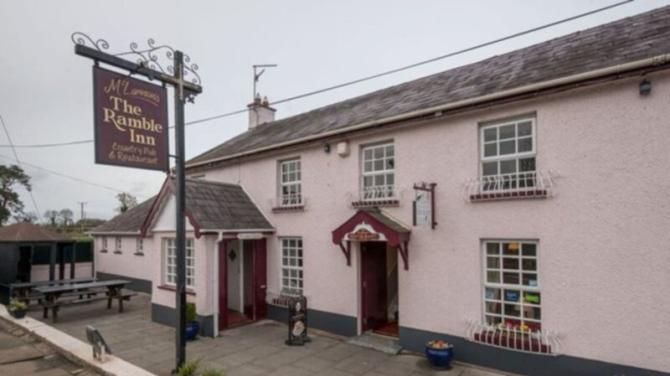 IT is often said that time is a great healer, but some events never truly lose their power to terrify and appal.

The attacks on the World Trade Centre are just one horrendous case in point.

The recent 20th anniversary of the atrocity that rocked the world prompted a slew of hard-hitting documentaries, each more shocking than the last.

Surely everyone is familiar with the footage of the planes smashing into the side of the towers by now, yet two decades have done little to diminish the sheer horror of it all.

The spectacle of them disappearing into those pillars of concrete and glass is so powerful - so unbelievably obscene - that the human reaction is almost visceral.

Some feel anger, others pity, but few feel nothing at man’s inhumanity to man laid bare.

But amidst the carnage, there were countless examples of heroism - of people bravely putting themselves directly in harm’s way to help others.

And the good people of New York were not unique in that regard. Much closer to home there have been touching displays of courage against all the odds.

Forty five years have passed since a summer of paramilitary violence left several local families bereft - and now they were dreading the inquest when the horrible details would be played out on the public stage.

Ulster may have been baking in tropical temperatures but for them thoughts of 1976 do not evoke warm memories of deep tans and paddling pools. Instead they see coffins, yawning graves and empty chairs.

Mindless hate, not endless drought, have left an indelible mark.

Thankfully the device failed to explode, but as the screams of pain gave way to tears of relief it was clear that lives had been lost in the heaving mass of blood and bone.

The nakedly sectarian slayings sent shockwaves through the community - and soon the UVF were plotting where and when to exact their own chilling revenge. It was eventually decided that they would ‘fight fire with fire’ by mounting a copycat attack of their own - at the Ramble Inn on the outskirts of Antrim.

After the events of the previous week people were justifiably nervous about venturing out to the pubs, but many were equally determined that the men of violence could not win. Normal life had to go on.

Shortly after 11pm, none of the 20 people in the premises could have guessed that two more were planning to drop by - and they had murder in mind.

They had already hijacked a green Morris Marina car, leaving the two terrified passengers gagged and bound in Tardree Forest.

Mrs Jean Redmond saw them arrive. She had taken her husband Oliver to the Ramble Inn at eight o’clock that night and arranged to collect him again three hours later. She was parked outside and could hear singing coming from the public house.

As she listened, she spotted two shadowy figures creeping along the front of the building. They were wearing blue-grey overalls and masks - and they were holding guns.

The space was inside small, roughly 20 feet by 14, and access came from double doors from the main road. And at 11.08pm those doors flew open.

Robert McKee was sitting with a local couple when the masked men, one brandishing a machine gun and the other a pistol, stepped inside and sprayed the room with bullets.

“The minute they came through the door they started shooting. It was a long burst, like machine gun fire, and I felt something strike me and knew I had been hit in the leg,” he said.

Desmond Heffron had been serving drinks that evening and he dived to the floor and crawled his way to the lounge bar to raise the alarm.

Christopher McCoy also fell to the ground to avoid the bullets, but he was less fortunate.

“I tried to get to the floor and felt three things hit me in the back,” he told the inquest.

“I crept through to the living room and asked them to telephone for an ambulance.

“A man tried but the telephone was not working and then a young couple, whom I still do not know, took me in their car to hospital.”

James McCallion was out for the evening with his wife Elizabeth. He saw the men at the door and his wife later recalled that she heard him ‘catch his breath’.

She spun around to see what he was looking at and observed a tall man with a black mask ‘with two holes cut in it for his eyes’. He had a long gun ‘with holes round the barrel’ and he was pointing it towards the bar.

Instinctively, she threw herself into a small space between the seats and her husband draped himself over her to protect her from the spitting guns.

“Jim threw himself on top of me but just before that I heard the gun firing in a rapid manner. When it stopped, I rose to a crouching position and told Jim to get up and see what was happening. He did not move and I new something was wrong.

“I saw that he had been shot and he died in my presence a few minutes later.”

As the smoke cleared, it was clear that there were more casualties.

Frank Scott from Antrim lay to the left of the door. He had been cutting the grass that day and decided to reward himself with a pint before closing time.

Oliver Woulahan, a joiner by trade, had fallen to the right of the bar. It was his 20th birthday.

Both men also died at the scene.

A fourth man, Ernest Moore, had suffered a serious head wound and despite the best efforts of doctors at the Waveney Hospital he died less than two hours later.

All but one of the victims were Protestant. In reprisal for the murder of three Protestants at Walker’s Bar, the UVF had killed five more.

The alarm was eventually raised, and the police raced to the bar. It was a scene that they would never forget.

A police officer who was in attendance said it was among the most harrowing of his long career. The floor at the Ramble was not even, and as he crossed the bar he realised that he was standing ankle-deep in blood.

“It’s a pity that the terrorists wouldn’t come back to see what they have really done.”

Officers found 28 spent 9mm cases, one live round and 18 bullet heads. This was not just murder - it was overkill.

He also revealed that he knew James McCallion, who put himself in the line of fire to protect his wife, personally. Indeed, he had been there when he was born.

“As a youngster he was a great little fellow and he grew up to be such a good footballer. When I heard of his death I felt sick at the human nature of my fellow man.”

The probe concluded that the RUC had conducted a thorough investigation and the detectives working on the case did their best to bring the killers to justice.

To date no-one has been convicted for their role in the mass murders at The Ramble Inn.

The slow passage of time may have healed the open wounds, but for many the agony of loss has cut so deep that the scars may never fade.

And nor would they want them too.