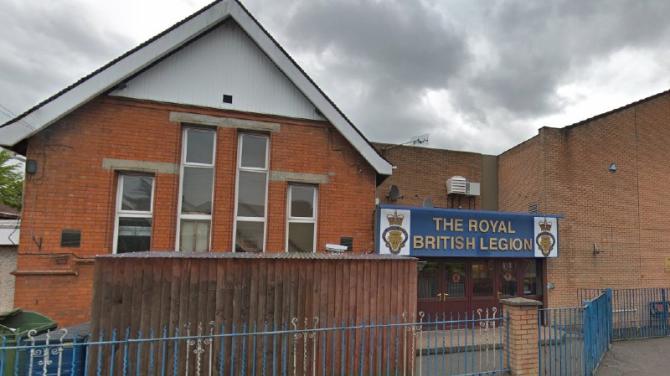 A FORMER Mayor of Antrim and Newtownabbey and the Chairman of the town’s Royal British Legion Branch has urged locals to protect themselves as best they can - as more well known people lose their fight with Covid-19.

UUP councillor Paul Michael was speaking after the death of his predecessor, DUP rep Paul Hamill, who passed away last week aged just 46.

Mr Michael also spoke out as it emerged that one of the patrons at the RBL bar, which his manages, also passed away recently.

We have chosen not to name the person out of respect to their family.

But Mr Michael said that the deaths have shaken him and many others to the core.

Before his illness, Mr Hamill took to social media to espouse and share anti-vaccine sentiments, claiming that his ‘risk of dying from Covid was 0.0036%’.

Paul Michael spoke at an unprecedented Special Council Meeting organised in Newtownabbey last week, at which members wore their ceremonial robes and paid tribute to their former colleague.

He said the fact that he took over the reins of office from Mr Hamill made the loss particularly hard to bear.

Like others, he offered condolences to Paul Hamill’s widow Ruth and his two young daughters.

“Paul was a young man with his whole life ahead of him,” he said.

“He probably did not think that this would happen to him - no one does.”

Mr Michael’s worries have been compounded by the death of one of his patrons, and he feels a particular responsibility to his clientele, many of whom are from an older and more vulnerable age profile.

“There have been some very heated debates,” he admitted.

“This is not over by a long way and people really do need to protect themselves and others.

“It is a controversial topic which has been thrown into sharp relief in recent days by the losses of people who we all know and love.

“I have had my vaccinations and so have my family, I have had relatives who have caught Covid and while it was an unpleasant experience, they do feel that their vaccinations meant they were not so badly affected.

“The Legion does have an older clientele and we have a responsibility to them.

“I don’t want to have to get to the stage where we need proof of vaccination for entry but venues like ourselves are going to have to look very hard at what is happening and serious conversations need to be had between families, between venues and their staff and patrons, to see what everyone can do to protect themselves and each other.”

Mr Michael, who picked up British Empire Medal at Hillsborough Castle last week, noted that he had to provide a negative coronavirus test and have his temperature taken before being allowed to attend the ceremony.

“Coronavirus and the measures we are taking to try and prevent the spread are now becoming a way of life.

“For me, the most important thing to do is to follow Government advice and health guidelines, and particularly to try and keep the pressure off our NHS and the emergency services.

“For many people, including myself, that means taking the vaccine and for me, I believe that if there are no health issues which prevent it, people should be seriously considering taking it.”