Without support, Antrim mum fears she may take her own life 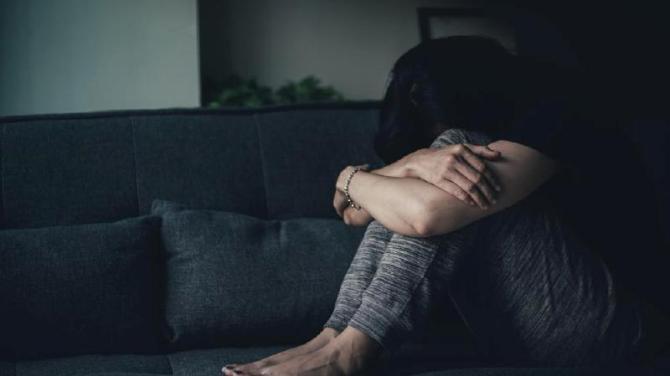 AN Antrim woman has made an impassioned plea for urgent action to address the town’s mental health crisis.

She moved to Northern Ireland in 2004 from Lithuania to ‘make a better life’ for herself and her two children.

She has worked ever since, determined to pay her own way.

It was a struggle, at times, but she managed to build a new life for her family in their adoptive home.

But there have been some health issues along the way.

She developed osteoporosis and, in more recent years, her mental health has deteriorated.

She has sought help, but aside from medication she has been unable to access the support she so desperately needs when those ‘dark thoughts’ return.

And the stakes are undoubtedly high.

Jurate admits that she has attempted to take her own life on numerous occasions.

“I’ve ended up in hospital so many times. I couldn’t count how many on my hands,” she said.

“I ended up in Intensive Care one-month-ago, but when I got out there was no help for me.

“The truth is that I am struggling. but even when I feel well I am afraid.

“What if I succeed one day - and what will that do to my children?

“I’ve been to my doctor and they give you tablets and that’s it.

“I am embarrassed to tell people how I feel, even though I know it’s not my fault.

“This is an illness - and it can happen to anyone.”

Jurate insists her story is far from unique.

Her daughter lost a friend to suicide and others are currently suffering from depression.

“So many people are dying because of mental health problems at the moment.

“It really is so very sad,” she said.

“People are crying out for help but there is nothing for them.

“Young ones are dying.

“Some might say, well she’s a foreigner in this country - why should we care?

“But this isn’t just about me.

“There are so many people out there with the same problems.

“We know the issues are there - now we need to find solutions.

“If none are found, more lives will be lost.”

The province’s suicide rate is certainly cause for alarm.

Back in 1970, official figures recorded that 73 people took their own lives in that 12 month spell.

In 2010 there were 313 suicides in Northern Ireland - that’s almost one a day, the majority of them men.

In 2018 there were 23 in the Borough of Antrim and Newtownabbey alone.