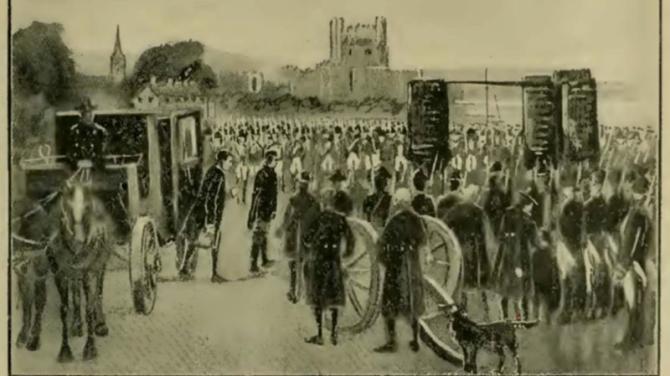 A NEWLY former historical association in Antrim is set to commemorate the death of United Irishman William Orr next week.

The group as formed during the summer and the first big tour event is on October 14.

William was originally from Kilbegs and the family worked at Shane’s Castle.

When William was of age he married and moved to Farranshane, on the Crosskenan Road.

He would often write for newspapers and print a lot of poetry which was aimed towards constitutional reform.

He was arrested on false trumped-up charges and sentenced to death.

Militia men were often the only people sentenced to death for being in the United Irishmen Society shock waves rippled around the county when he wasn’t given a reprieve at the last minute - which commonly happened.

He was hanged on the October 14 at Carrick and taken to Ballynure, from there to his resting place at Templepatrick.

A few months after, his accusers admitted what they had done and one of them ended up taking his own life.

From then on, his name would resonate as a rallying call for the United Irishmen the following year in 1798 - ‘Remember Orr’.

As part of the commemoration, six local experts will be speaking at various different locations.

The event will stop off at Milltown Cemetery, near the Orr home before going on to Farranshane, where William’s farm was located.

Then it will be on to Donegore Church of Ireland, before moving to Ballynure Presbyterian Church, and ending with a wreath-laying at Templepatrick.

To register to take part, contact Stephen McCracken on stmccracken@hotmail.com

For more on the United Irishmen, turn to Page 14.