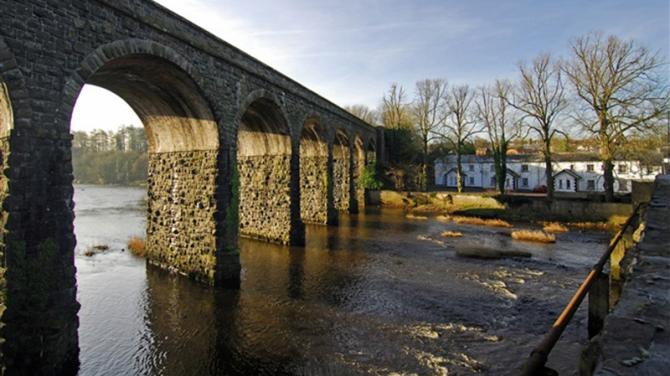 A MAN is recovering after entering the icy waters of the River Maine close to Randalstown’s Main Street on Saturday night.

Three fire appliances - from Antrim, Ballymena and Belfast - were called to the scene at 10.45pm on Saturday night, along with a Specialist Rescue Team.

A spokeswoman for Northern Ireland Fire and Rescue Service said: “Firefighters were called to reports of a man in the water on Saturday evening.

“The casualty was rescued prior to the arrival of firefighters and left in the care of the Northern Ireland Ambulance Service.

Specialist fire officers were still on the scene close to midnight and could be seen peering over the road bridge next to the viaduct, looking into the river.

A large crowd of young onlookers was also dispersed.

Alliance councillor Glenn Finlay said that his thoughts were first and foremost with the man involved.

“The most important thing is that the individual is safe and well and I wish him a speedy recovery.”

He also praised the emergency services for their role in the rescue and those who rescued the man from the water.