Michael and Aiken get Stormont nod from Ulster Unionist Party 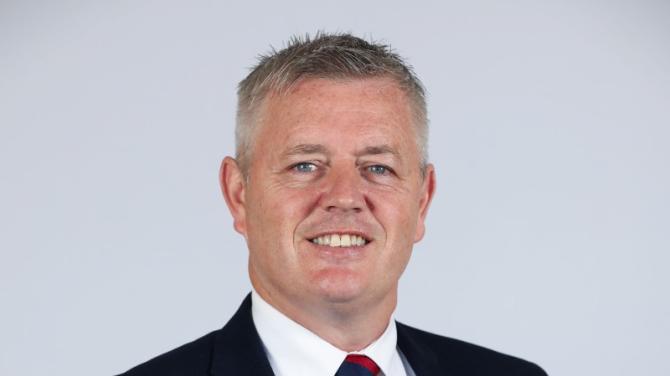 THE Ulster Unionist Party has selected Alderman Paul Michael BEM and Dr Steve Aiken OBE MLA and as its candidates to run in South Antrim in next year’s Assembly elections.

Alderman Paul Michael BEM said: "It is a real honour and privilege to have been selected to run for South Antrim in the forthcoming Assembly elections and I look forward to working with our existing MLA Steve Aiken in the area.

“Under Doug Beattie's leadership we have witnessed a renewed confidence, an Ulster Unionist Party with a positive, inclusive vision for Northern Ireland and one that I wish to be part of at the highest level representing the good people of South Antrim.

“I believe my experience in local government over twenty years gives me the tools to take the next step on the political ladder. As a former pupil of Ballycraigy Primary School, Antrim High School and employee of Antrim Royal British Legion it was an honour for me to be elected Mayor of the legacy Antrim Borough Council in 2011 and then again in 2018 as the Mayor of Antrim and Newtownabbey Borough

“Then last year to be recognised by Her Majesty the Queen in the New Year's Honours with a British Empire Medal for my services to local government here in South Antrim was an occasion I will never ever forget.

“My goal is to deliver a strong and fresh voice for all the people of South Antrim in Stormont and to work with Steve in promoting South Antrim by bringing in new investment and focusing on improving areas such as education, health, infrastructure and many other areas which so need improvement.”

Dr Steve Aiken OBE MLA added: “It is with the greatest honour that I and Alderman Paul Michael BEM, have been selected by our Party to stand for election in the forthcoming Assembly Election.

“South Antrim is our home, and we have been proud to both have represented our constituency in the Northern Ireland Assembly and in our council chamber over the last few years.

“I was first elected as MLA for South Antrim in 2016, then re-elected the next year. Little did I know that the Assembly would be collapsed for three years.

“I’ve been campaigning hard for the delivery of such valuable infrastructure projects like the Ballyclare Relief Road, expanding the rail network and frequently advocating for improved water and sewage provision across our community.

“I also want to see our airport supported, with new buildings and facilities - but above all, both in my role as Chair of Stormont's Finance Committee and previously with the economy brief, will continue to campaign to abolish Air Passenger Duty.

“Global Point is also an exciting development that I want to see flourish; the combination of the City Deals, our Universities, our council and an entrepreneurial approach will make this the tech hub of Northern Ireland and possibly also a world centre for advanced composites and digital innovation.

“We also want to take the vibrant life sciences businesses built in Antrim and look to create a life sciences park mirroring that in Mossley, but one that works in harmony with Antrim Area Hospital.

“I along with my colleague Paul, have also been heavily involved with stopping the RHI-2 like scheme - the Hightown Incinerator.

“Our party will seek to transform education.

“Our biggest challenge will be rebuilding our Health Service.

“The second issue that is dominating our politics is the NI Protocol. We will also not allow the dispute over this unequal treaty to undermine our institutions - the UUP was elected to do a job at the Assembly; we will continue to provide that leadership, fighting CoVID, and setting the example for others to follow.

“We will not be walking away from our commitments and responsibilities to you, your families and all of Northern Ireland.

“You will see Paul and I on the doors, we will be encouraging hustings events, we

will have meet the candidate events, we are hosting webinars, on-line events, and I invite everyone to engage with us. We take no-one's support for granted, we want to earn your trust in both our Party and in us, for the next Assembly term.

“We want to represent you, the great people of South Antrim, and for both of us, there can be no higher political calling.”