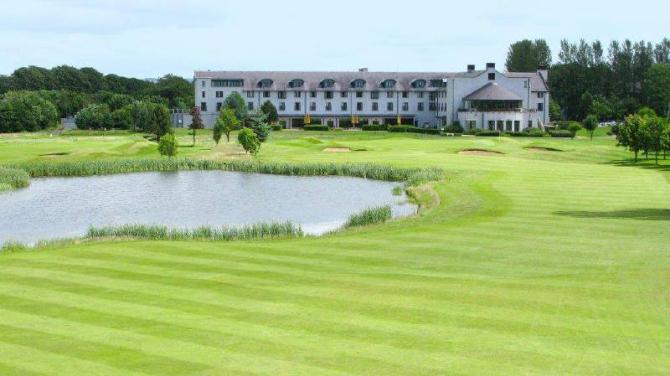 A MAN has died after diving to collect golf balls from a lake in the grounds of the Hilton Hotel in Templepatrick.

The victim, in his 50s, was pulled from the water after emergency services were called to the scene just after 2pm on Tuesday..

UUP councillor for the Airport area, Paul Michael said: “A community is in shock after news of a this tragic incident.

“Our sincere sympathy goes to the family of this gentleman who has lost his life.”

It is understood that the man who died was one of two locals who would regularly dive for golf balls, which would be sold with the proceeds going to charity.

“My thoughts are of course with the family and friends of the individual who has lost their life.

“I’m very thankful for the efforts of the emergency services who, as ever, have been quick to respond.”