'IT'S A MIRACLE THAT NO-ONE WAS KILLED' 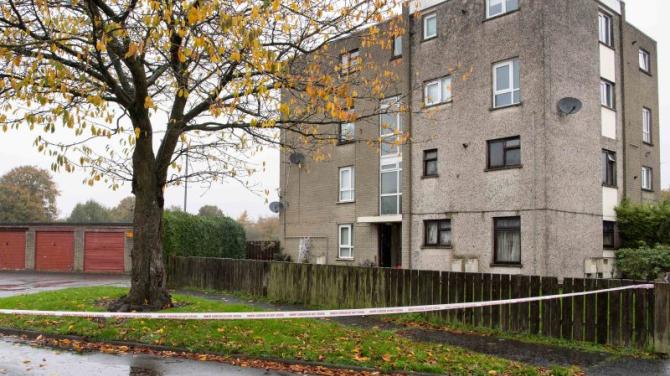 IT is a miracle that no-one died in the terrifying late night gun attack in Antrim on Sunday, an angry local rep has said.

Detectives have issued an urgent appeal for information after a 36-year-old man was shot in the chest at around 10.30pm.

The gunman had blasted through the front door of the flat at Greenpark Drive on the Dublin Road.

The victim was raced to hospital, but at the time of going to press his injuries are not thought to be life-threatening.

“Our enquiries are ongoing to establish the circumstances surrounding this incident and we are particularly keen to hear from anyone who was in the Greenpark Drive, Lough Road and Dublin Road areas of the town around the time,” said Detective Inspector Lenaghan.

“If you have any information which may be relevant, or if you may have dashcam or other footage, contact detectives on 101 quoting reference number 1937 07/11/21.”

The attack has been widely condemned, with Town Councillor Jim Montgomery branding it a ‘vicious attack’ which had ‘horrified’ the community.

“Anybody using a gun is going out with the potential to murder and the fact that the people who committed this crime have such a deadly weapon is of great concern,” he said.

“Police will hopefully have the evidence against the perpetrators to stop them from using any weapons in the future.

“Speaking to some locals this event late on a quiet Sunday night has caused concern.

“Thankfully this horrific attack did not result in the loss of life which could easily have happened. Frankly, it’s a miracle that no-one was killed.”