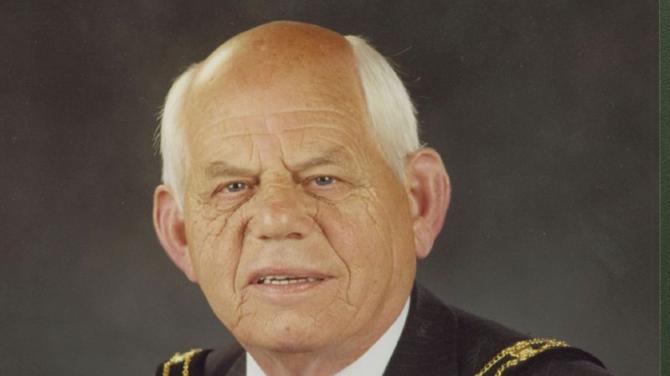 A FORMER Mayor of Antrim and long-running DUP councillor has passed away.

He was husband of the late Violet and the couple lived together at Abbeyfield Park in Newpark in Antrim town.

He was father of fellow DUP councillor Paul and his partner Heather and to Sharon and husband Gary.

Sam was grandfather to Megan, Owen, Sam and Poppy.

A Service of Thanksgiving for Sam’s life will be held in First Donegore Presbyterian Church, Parkgate on Friday 12th November at 10.30am and afterwards to Belmont Cemetery.

Donations in lieu of flowers can be made payable by cheque to NI Children’s Hospice c/o Bairds of Antrim, 71 Church Street, Antrim BT41 4BE or visit www.bairdsfuneralservice.com to donate online.

A Ballymena native, he was at one time the only DUP councillor in Antrim and topped the poll nine times.

His son Paul followed him into politics and is Antrim Town rep on the new Antrim and Newtownabbey Borough Council.

Tributes, memories and special reports on Sam’s life will follow in the next edition of the Antrim Guardian this Tuesday.