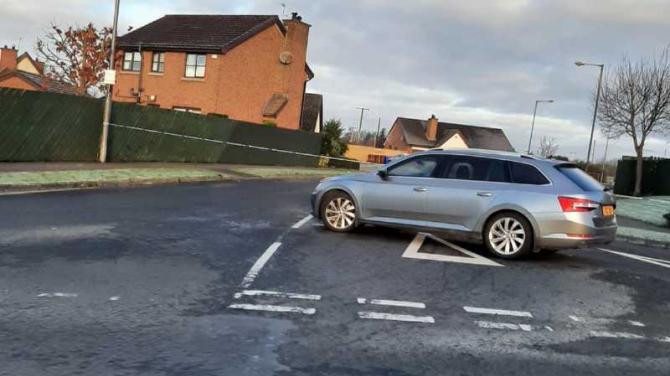 ANTRIM residents were forced from their homes for several hours after the second security alert in the area in recent weeks.

The Niblock Road was closed at the junction with the Springfarm Road and homes in Meadowlands were left behind a security cordon as the bomb squad was called in.

The police have said that an suspicious object found in the area was declared an ‘elaborate hoax’.

The drama began on Monday morning as many families were preparing for work and the school run.

PSNI Inspector Porter explained: “Just before 8.40am it was reported to police that a suspicious object was located in the area.

“The object, which has been declared as an elaborate hoax, has been taken away for further examination.

“Residents who were evacuated from their properties have now returned.

“Police would like to thank the local community for their patience during this safety operation.

“Enquiries are ongoing and anyone with any information about the incident or who may be able to help with the investigation, is asked to call police at on the non-emergency number 101 quoting reference number 323 22/11/21, or to submit a report online using the non-emergency reporting form via http://www.psni.police.uk/

You can also contact Crimestoppers anonymously on 0800 555 111 or online at http://crimestoppers-uk.org.”