Tragedy robbed me of my date with the King 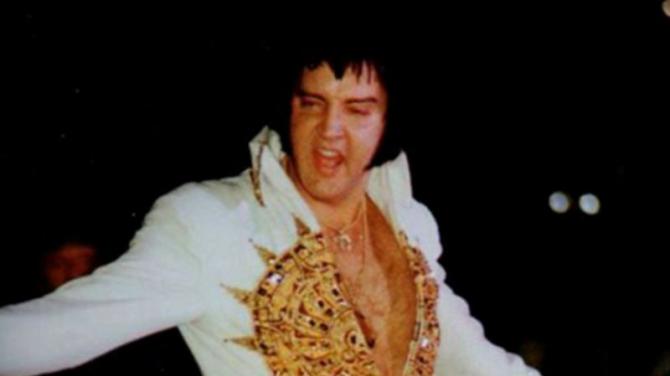 JUST imagine the excitement - after years idolising rock and roll royalty, local woman Theresa McKay was set to have an audience with the King.

She had been a fan of Elvis Presley’s for as long as she could remember - even if her devotion did not always hit the right note with her family.

“My mother used to scold us for looking at Elvis on television, and then one day I caught her watching his show!” she recalled.

“When challenged she lamely replied ‘but he’s very good to his mother’. After that she had to admit that she was a fan.”

So what was it about the King that rocked her world?

“His talent, good looks, charisma and sense of humour endeared him to millions,” said Theresa.

“Fame did not turn his head. His humility and human kindness lasted all his life.

“Though he was born in very humble circumstances in a two-room house in Tupelo he was known the world over by his first name.

“I first heard the hauntingly beautiful voice when I was still at school in the Fifties.

“I was hooked from the very first record. No-one else could ever match it.”

But while his music quickly travelled over the Atlantic to the UK, Mr Presley seemed curiously reluctant to follow suit.

Indeed, the only time he set foot on British soil came in 1960 when his plane briefly touched down at Prestwick Airport. That was still enough to rename the bar there Gracelands!

No, if you wanted to see the King in the flesh, then you had to do the leg work - and some serious saving.

But Theresa resolved to do just that.

“Some of my friends and I had great plans to go to a live Elvis concert way back in the 1970s,” she said.

“Plane fares were very expensive at that time and my salary was, to say t he least, modest - but I was really determined.

“By March 1977 I had at last saved enough. I couldn’t contain my excitement.

“I’d bought tickets and new clothes and was on the verge of making my first visit to the USA.”

But as the late, great John Lennon sagely noted life - and indeed death - is what happens while you’re busy making other plans.

“I had no wish to be there for his funeral. My dream was over.”

So what are her memories of that fateful day?

“Nearly everyone remembers where they were and what they were doing when the news of President Kennedy’s assassination was announced. Well, I remember exactly where I was and what I was doing when I heard about the death of Elvis.

“The radio was playing country and western music and I was absent-mindedly washing up the supper dishes.

“The music stopped suddenly and the DJ told us Elvis Presley had died. And then the music continued as if nothing important had happened.

“I looked at the plate I was drying and watched as it fell, seemingly in slow motion, onto the floor breaking into a thousand pieces.

“I don’t remember picking up the fragments, nor do I remember much else about that evening.”

Elvis was just 42 when he died, so he has now been dead longer than he was alive - but there are still few pretenders to his throne.

Despite the passage of time, it seems that a legion of new fans can’t help falling in love with that voice.

Indeed, a major new film about his life, by ‘Moulin Rouge’ director Baz Luhrmann, is scheduled for release next June.

It stars 30-year-old Austin Butler, and it is creating considerable industry buzz.

But Theresa reckons that he will struggle to compete with some home grown talent.

“For me, the only singer who could make a passable impersonation was Brendan Bowyer of the Royal Showband,” she said.

“Throughout the dance hall years he could bring the crowd to a standstill during his Elvis spot.

“No other entertainer has inspired such devotion. Years after his death shops are still full of his records and his image is instantly recognisable in almost every country in the world.

“The Presley enigma lives on.

“Why are Elvis’ renditions of songs so popular? I believe that to some at least he’s speaking directly to his fans - he’s addressing each one of them.

“This may sound fanciful, but it’s true. That’s part of his genius.

“For me, there will never be anyone to replace the voice or the music of the King and I wholeheartedly agree with the words of the late John Lennon - ‘Before Elvis, there was nothing’.