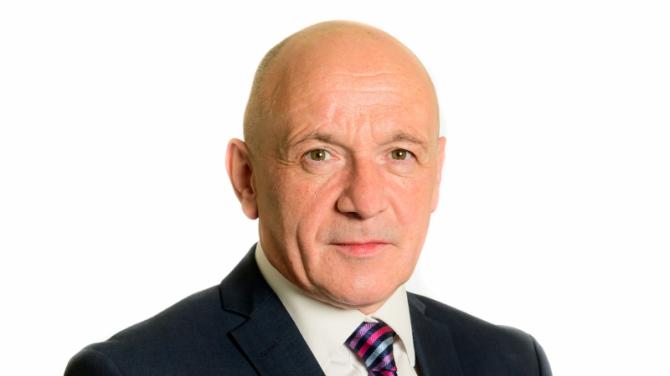 SOUTH Antrim MLA John Blair has expressed his disappointment with Sinn Féin for ‘blocking’ his historic Bill, to ban the hunting of wild mammals with dogs at Stormont.

The proposed legislation was debated in the chamber last week but it was defeated by 45 votes to 38.

The majority of the opposition was from Sinn Féin MLAs.

The Private Member’s Bill had been brought by the Alliance Party's John Blair who told the Assembly a ban was ‘long overdue".

“It was my intention in bringing forward my Private Member’s Bill, to reform legislation on hunting wild mammals with dogs in Northern Ireland, and bring our legislation in line with that in England, Scotland and Wales where the practice has been illegal for close to 20 years,” he explained.

“This result is contrary to the views of the public, as outlined in the consultation response to this Bill and in previous public opinion polls.

“The position of Sinn Féin, teaming up with some members of the DUP and Jim Allister to block this Bill, is absolutely staggering.

“As if that wasn’t puzzling enough, following a commitment from Mary Lou McDonald that the Party would support a ban on fox hunting at the next opportunity, there is the added mystery that the AERA Committee Chair, Sinn Féin MLA, Declan McAleer, used lack of time as an excuse for their position, just days after the Committee agreed it would need no extension to Committee Stage.

“This suggests an excuse was sought on this occasion to avoid dealing with the issue of hunting wild mammals with dogs.

“I am grateful to those from animal welfare organisations and charities who have helped in progressing Bill, and to the political parties and Independent MLAs who were committed and honourable in giving their support and also the many people across Northern Ireland who have been in touch with supportive messages since Sinn Féin stopped the Bill on this occasion.

“Animal welfare will remain a high priority for the Alliance Party, and I will, if re-elected, take the earliest opportunity to bring this Bill forward again.”

SDLP Councillor Roisin Lynch has called for a renewed focus on tackling animal cruelty ‘after Sinn Féin teamed up with some DUP MLAs and Jim Allister’ to vote against a ban.

She added that her party has been working with the UPSCA on an All Island Animal Cruelty Register.

“The appalling decision from Sinn Féin, some DUP MLAs and Jim Allister to pass up the opportunity to ban fox hunting and other hunting with dogs in the North has renewed the focus on our fight against animal cruelty,” she said.

“The outpouring of disgust since the vote shows the strength of feeling about animal rights issues. It also clearly demonstrates that those who voted against the legislation were going against the wishes of the vast majority of the public.

“The response to the vote on fox hunting shows the need for movement on this issue, there can be no feet dragging from the ministers.

“Over 15 years on from the fox hunting ban in Britain it is inconceivable that this abhorrent practice is still allowed on both sides of the border.

“While Sinn Féin and the DUP have teamed up to end hopes of a ban on this occasion, this matter is far from over and is sure to return to the Assembly in the next mandate.

“Unlike Sinn Féin, the SDLP will live up to our commitments to the electorate and keep working to ban fox hunting and create an All Island Animal Cruelty Register to protect the animals that contribute so much to our way of life.”