Tributes after death of 'passionate campaigner' 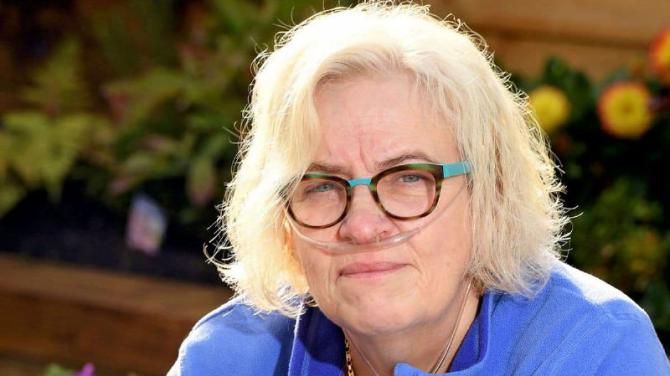 A RANDALSTOWN woman who campaigned on behalf of people living with terminal illness has passed away.

Sadly the condition is terminal, with most people only living three years after their diagnosis. Pauline was in year four - and earlier this year, she issued a heartfelt plea for urgent action to help IPF sufferers get the care they need.

The condition had cast a shadow over her life for decades, with the first member of her family being diagnosed with the condition almost 30 years ago.

Pauline strived to cast light on the disease, which seldom makes the headlines - even though there are 1,200 people in the province battling its advance.

“Living with IPF has shown me just how little awareness there is of the condition,” the local woman said back in May.

“Here in Northern Ireland, we have no tailored or structured care pathways available to patients and their carers, leaving many of us to form our own support group here to help support each other.

“I think the most striking thing about IPF is that in nearly 30 years there has been no breakthrough in treatment, other than a few medications that slow its progression.

“However, even these treatments are inaccessible for people until their condition deteriorates further.

“Imagine if we hadn’t made huge progress in cancer treatments, or that those living with cancer were told they had to get worse before they could get help. There would, rightly, be huge outcry.

“Sadly, this the situation facing those living with IPF – living day-to-day with no hope of a cure.

“It’s all well and good to talk about bring services back up to pre-COVID levels, but for people like me living with IPF that is not good enough.

South Antrim DUP MLA Pam Cameron, who worked closely with Pauline, said she was ‘deeply saddened’ to hear of her passing, calling her ‘brave and inspiring’.

“Pauline campaigned passionately on behalf of and supported many others living with idiopathic pulmonary fibrosis. She was an inspiring, kind and thoughtful lady to the end.” she said.

“Her friends in Northern Trust Pulmonary Fibrosis Support group will miss her greatly. I know I will also miss hearing from her and the private words of encouragement. My thoughts and prayers are with her family.”

Pauline was daughter of the late Jack and Evelyn and is survived by her brother and sisters, nieces and nephews.

Her funeral service took place at Drummaul Parish Church in Randalstown on Monday followed by interment in OC Presbyterian Churchyard. Donations in lieu of flowers were invited to the Northern Trust Pulmonary Fibrosis Support Group.