STOP THIS MADNESS - BEFORE SOMEONE DIES 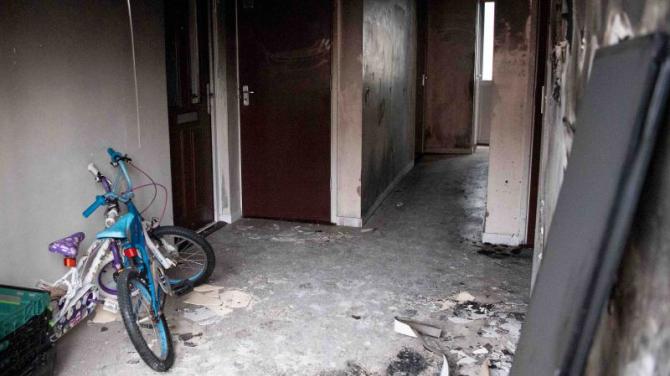 LIVES will inevitably be lost if the spate of ‘senseless’ arson attacks continues into the New Year, concerned local reps have warned.

Terrified residents, including children and a disabled man living with a brain injury, had to be rescued from their homes at Tiger Court just days before Christmas

A fire had been started in a communal stairway and by the time police arrived acrid smoke was belching into all the flats in the complex.

The PSNI later confirmed they were treating the blaze as arson with intent to endanger life.

The incident has sparked a chorus of condemnation, with UUP man Paul Michael branding it ‘complete and utter madness’.

“We could have been looking at multiple deaths just a couple of days before Christmas,” he said after surveying the damage.

“This is not the first time that arsonists have struck in recent days - there was a malicious blaze in Parkhall just a few days earlier - but so far no-one has been seriously hurt.

“But make no mistake, someone will be killed if this madness continues.

“And to those responsible - this was not a bit of criminal damage, this was an attempt to burn people in their beds.”

Alliance rep Neil Kelly said the people behind the wave of fires must ‘wise up’.

“While I condemn this outright, I must commend the police and the Fire and Rescue Service for their swift response. Their actions may have saved lives,” he said.