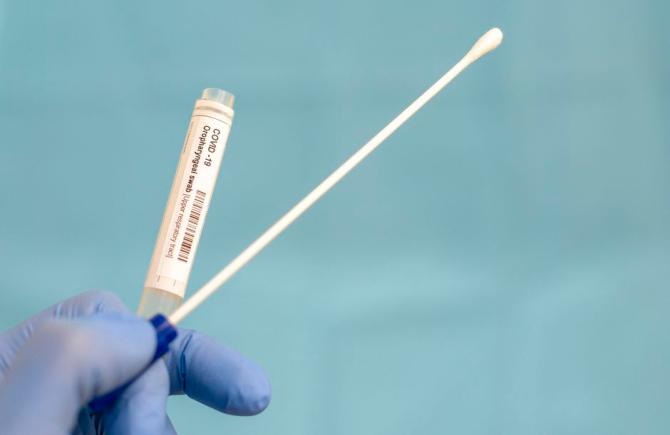 THE Public Health Agency (PHA) is urging members of the public to only book PCR tests when necessary.

The call comes as record numbers of people have been tested this week.

Over 21,000 tests were done on Monday, December. 27 The agency has also put in place new PCR testing protocols to help protect the testing system in Northern Ireland and ensure availability of testing for those who need it.

Dr Bríd Farrell, Deputy Director of Public Health at the PHA, said: “As Omicron continues to spread in Northern Ireland, we are seeing the expected rapid increase in the number of people going for PCR testing.

"While this shows that people are taking the issue seriously, and we thank them for that, it is also important that we protect the testing system so that those who need to be tested by PCR can get it.

“We are adapting the testing model in Northern Ireland. We want to make sure people with symptoms can get tested in a timely way for the next fortnight.

“Fully-vaccinated close contacts will no longer be required to take a PCR test, instead they will be advised to take a lateral flow device (LFD) test as soon as possible and continue to take daily lateral flow tests until the tenth day after the last date of contact with the positive case.

"If an LFD turns positive at any time during the 10 days, they should arrange a PCR test. Unvaccinated people will have to continue to self-isolate for 10 days as before.

“It is no longer necessary for children under five years of age to take a PCR test – even if they have symptoms like a cough or temperature – unless advised to do so by their doctor.

"If they develop symptoms, parents are encouraged to carry out a lateral flow test on them. If this is positive they should, if possible, book a PCR test for them.

“Our PCR testing service is part of a 4-nation UK-wide network. These planned changes to testing should help ensure the continued and targeted delivery of the service.

"The number of cases currently coming through the system means that this is the correct time for these steps to be taken.

"These changes have been made, to allow valuable PCR tests to be directed towards those who have symptoms and who are most likely to test positive.”

These arrangements take effect from 12 midday on December 29.