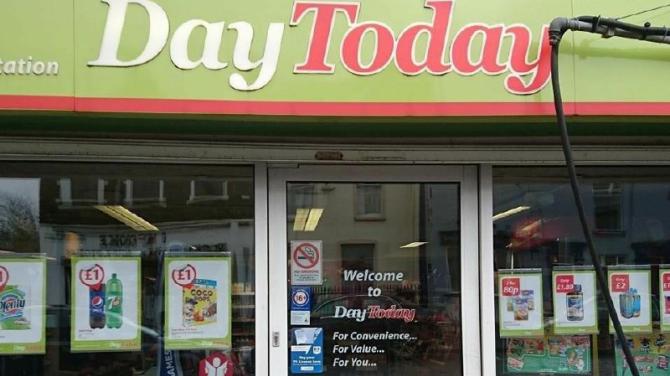 LOCAL people have expressed outrage after it emerged that the Day Today store on Church Street was told it had to stop selling petrol.

Known locally as Byrne’s, the roadside business has served the people of Antrim for decades, opening in the early 1940s.

It has been alleged that the sale of petrol - but not diesel - could be ‘hazardous’ due to the proximity to the roadway and residential properties.

However supporters have pointed out that there has never been an accident or spillage at the premises, where the pumps are operated by staff.

Antrim and Newtownabbey Borough Council has said it is working with the business to reach a resolution and was keen to state that it was not the body responsible.

The order was imposed by the Northern Ireland Health and Safety Tribunal and is being appealed.

The news, which broke the day before Christmas Eve, sparked a storm of protest among local people, with thousands taking to social media to show their support to the Byrne family.

The on-street service has been provided for decades and was particularly helpful for people with disabilities and those with small children.

“This ruling only applies to the sale of petrol, it does not affect the sale of goods from the shop nor changing to the sale of diesel and the current petrol tank can be converted to facilitate diesel.

“Day Today, locally known as Byrne’s Garage, is part of the history of Antrim Town.”

The case was taken under the Dangerous Substances and Explosive Atmospheres Regulations (Northern Ireland) 2003 and an appeal was heard by the Northern Ireland Health and Safety Tribunal on December 17 2021 at the Tribunals Hearing Centre.

A petition and support campaign is being organised for the New Year.

A spokesperson for the Byrne family said that they cannot comment until they have sought further legal advice.